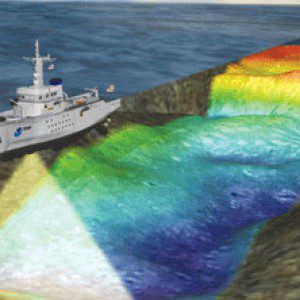 The Zeus 3D MSS survey was recently conducted by Fugro on the “shelf between North West Cape and Cape Bougainville, and encompasses much of the area more commonly known as the North West Shelf (NWS).”

The Zeus 3D MSS survey was conducted for 3 months during June to November 2011 by Fugro Multi Client Services Pty Ltd. of West Australia, located in Perth. The survey as proposed, included 5,663 sq.km. of ocean and required the submission of  an environmental plan that would take into consideration environmental factors prior to the actual surveying.

The purpose of the environmental planning aspects is to ensure that such surveys do not infringe upon wildlife, underwater biodiversity and other ocean sealife. The preparation of such plans is enlightening in itself, because these variables are identified, and explained with respect to the survey.

In the Furgo survey case, the company provided interesting information about the sea routes of the blue whale. Tides in one area are discussed as follows, “The Pilbara system is believed to have the strongest internal tides of the entire NWMR, which are thought to be an important physical driver in water depths of between 50 and 500 m depth on the shelf. Internal tides
may result in the drawing of deeper cooler waters into the photic zone, stirring up nutrients and triggering primary productivity.” Other discussions relate to ocean water temperature, birds and
undersea geology and sediments.

By the fact that undersea marine surveying requires this kind of information, while many kinds of terrestrial surveys do not is similarly remarkable, but also shows the amount of effort that takes place prior to conducting such marine surveys. Other similar surveys have been conducted by other companies. The Cambozola 3D Marine Seismic Survey (MSS) Program, conducted by Apache Energy, for example, was recently completed in June 2011. The Phoenix 3D Marine Seismic Survey and Airborne Magnetic Survey Environmental Plan also describes the operations and summary of a survey conducted in 3D at a position “155 km north of Port Hedland, on the Pilbara coast of Western Australia.”

3D provides valuable information for projects that depend upon understanding underwater topography and geology. Such marine surveys include both detailed 3D geophysical data, but they also include a wealth of information related about oceanographic information.