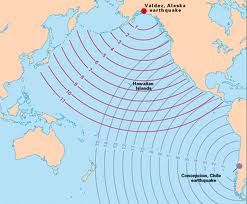 As reported in the Port Stevens Examiner, the recent tsunami in Indonesia resulted in many deaths due to a tsunami. At the time, the tsunami warning system had been vandalised. Apart from the fact that those involved in this willful act need to be dealt with, it raises issues relating to how these systems are monitored on a continuous bases and whether or not systems and technologies were in place to do so. Obviously monitoring of this kind would have recorded any problems with these systems and alerted operators to a need for servicing.

Although one scientist from the Australia Bureau of Meteorology felt that it would not have made much difference had the system been operating in this case, due to to closeness of the origin and the lack of time to take action, the issue should not be overlooked and raises the need for securing and identifying improvements still. Such monitoring would help to contribute toward ensuring a fully functional system is operating, providing a level of assurance to people in the region.