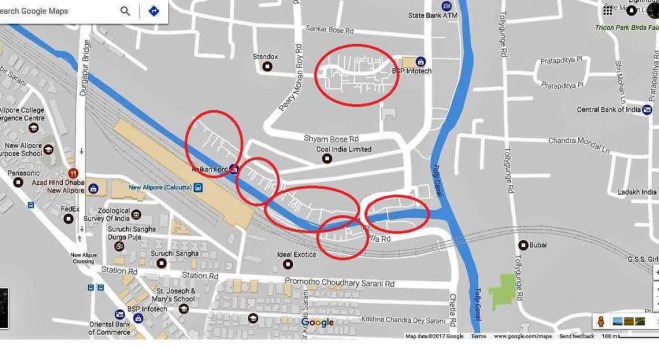 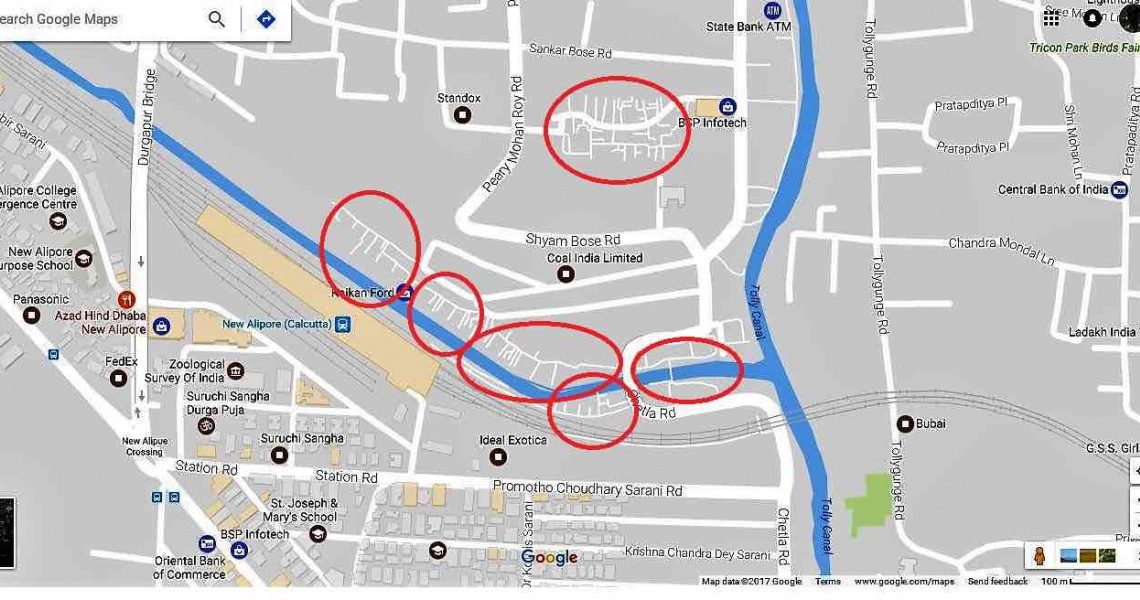 A total of 1.4 million people live in the informal settlements of the West Bengal city of Kolkata, which represents around 30 percent of the urban population. Up until recently, these residents had no addresses accessible via GPS; GPS would merely guide visitors to the entrance of the slum, without any directions on how to navigate once there. A Dublin-based charity organization, Addressing The Unaddressed, designed an intervention that’s making the slum lanes of Kolkata recognizable to digital navigation maps such as Google Maps.

The first round of coding was completed in 2013; Chetla was the first settlement to be mapped, with more than 2,500 houses and buildings numbered. Ever since, Addressing The Unaddressed has continued to supply addresses to more than 20,000 homes in 13 of Kolkata’s informal settlements. Signs of codes can be seen nailed to doors bordering the slum lanes; each sign is made up of nine letters and numbers painted in white on a blue placard, similar to a car’s license plate.

Official addresses are important markers for development, since an address is considered part of a person’s identity. “If you do not have an address, you do not officially exist,” noted UN-Habitat’s Joan Clos. It is estimated that up to 4 billion people lack such an identity.

With trackable addresses and the digitization of slum lanes, slum residents can now receive postal services without worrying about letters or packages getting lost. To help postal workers navigate the coded address system between the slum lanes, Addressing The Unaddressed carried out training sessions with local postal workers. 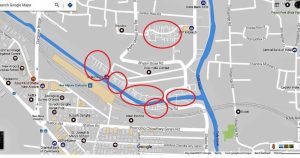 A digitization campaign has put Kolkata’s slum residents on the map by numbering and mapping out the city’s slum lanes.