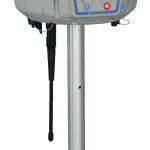 After the launch of the new S9III and S7, STONEX Europe introduces the new S8 to complete the family of GPS/GNSS receivers, therefore expanding the range of products on which the company has decided to invest deeply.

The Leica Zeno 5 has just been launched as the latest addition to the Leica Zeno GIS line of surveying instruments.

Sokkia Corporation announces a redefinition of 'robotics’ with its SX series of total stations, a compact, lightweight system containing the most modern technology available in the marketplace today. 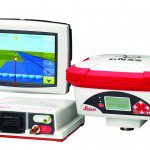 Leica Geosystems Releases the New RTK Base Station for Agriculture

Leica Geosystems today announced the latest release of the RTK base station for the farming industry, Leica GeoAce. With the accelerating rate of technology adoption within the Agriculture sector and the markets...

Geneq Inc. is pleased to announce the SXBlue III GNSS, a palm-sized GNSS RTK receiver that uses both GPS and GLONASS for real-time, centimeter accuracy. Via Bluetooth, it brings centimeter accuracy to any smartphone, handheld, tablet, or...