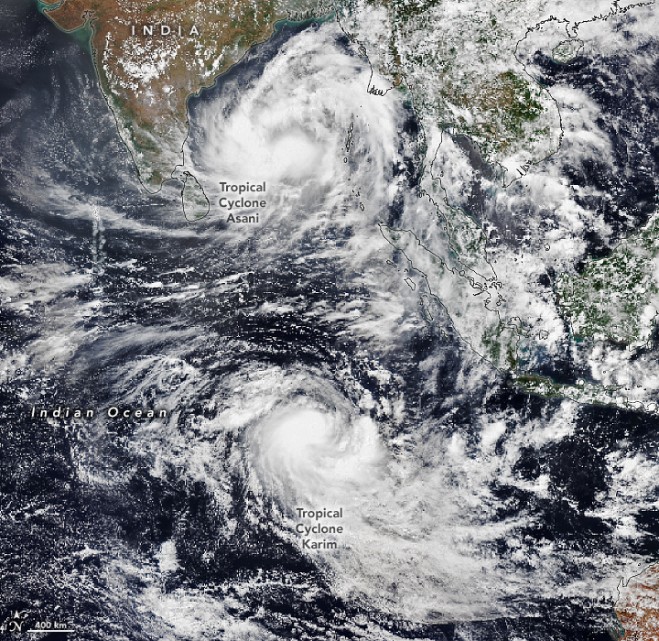 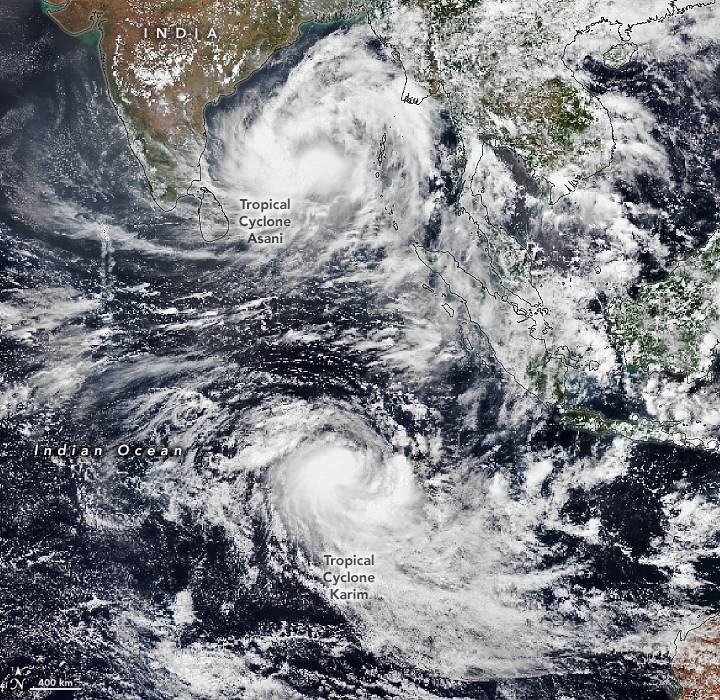 A pair of tropical cyclones, one on each side of the equator, is putting on a show for satellites passing over the Indian Ocean.

On May 8, 2022, the Visible Infrared Imaging Radiometer Suite (VIIRS) on NOAA-20 captured this natural-color image of the storms.

In the northern Indian Ocean, Tropical Cyclone Asani advanced west-northwest on May 8 and had maximum sustained winds of 100-110 kilometers (60-70 miles) per hour as it moved across the Bay of Bengal. Forecasters for the Indian Meteorological Department (IMD) expect Asani to weaken as it approaches southern India and curves northeast, keeping the storm offshore along the Andhra Pradesh-Odisha coast in the coming days. IMD has called for the suspension of all fishing operations in the most affected areas. Heavy rains pose the biggest threat on land.

South of the equator, Tropical Cyclone Karim is roaming open seas west of Australia. With winds peaking at the equivalent of a category 1 hurricane, the U.S. Joint Typhoon Warning Center expects Karim to weaken quickly as it encounters high levels of wind shear in the coming days. The storm does not pose a threat to major population centers, though it could affect the Cocos Islands, a chain of coral islands with a population of 600.

An eastward moving tropical disturbance called the Madden-Julian Oscillation helped fuel the twin storms by promoting convection and strong westerly winds, according to reporting from The Weather Channel.