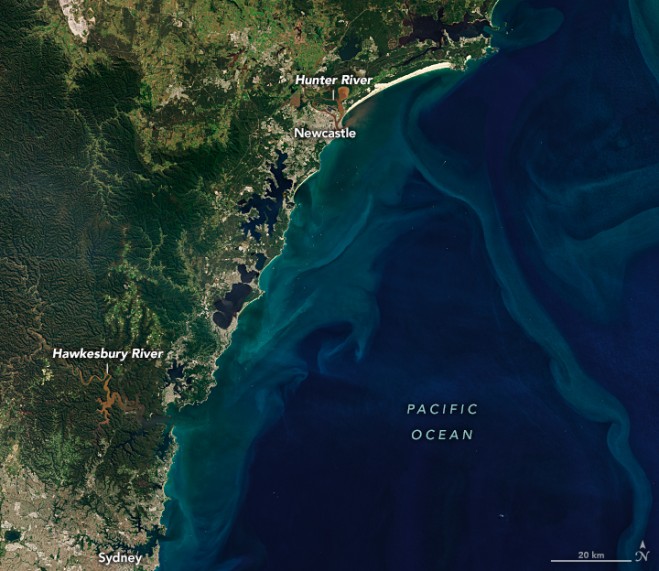 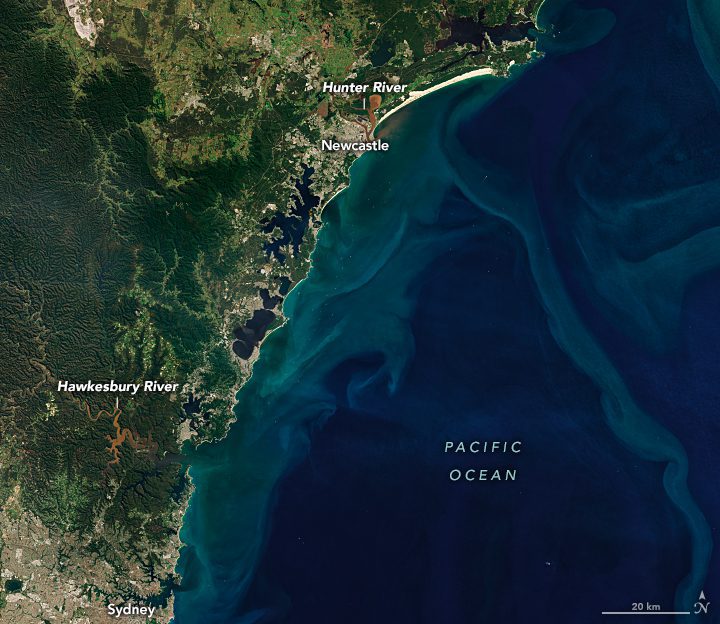 Just more than three months into 2022, Sydney, Australia, has already received a year’s worth of rain. The recent deluge brought more flooding to the already rain-soaked southern and central coasts of New South Wales, prompting evacuations.

On April 7, torrential downpours brought a month’s worth of precipitation—more than 100 millimeters (4 inches) —to parts of the city. The storm pushed rain gauges past 1,223 millimeters (48 inches) for the year, leaving them 10 millimeters (0.4 inches) above the mean annual rainfall in early April.

The excessive rain began in late 2021 with the rainiest November on record. It continued with more rain and flooding in February and March 2022. On March 9, Australia declared a national emergency.

The ground was saturated and rivers were swollen when the Operational Land Imager-2 (OLI-2) on Landsat 9 acquired these images on April 4, 2022. The ongoing impacts of flooding can be seen in the muddy rivers, inundated land and sediment plumes draining from rivers along the coast.

Near the top of the image, north of Newcastle, a large lobe of brown floodwater has inundated the Hunter Wetlands. A plume of sediment also can be seen discharging from the mouth of the Hunter River and flowing along the beach in Worimi National Park. Sydney and its harbor can be seen at the bottom left of the image.