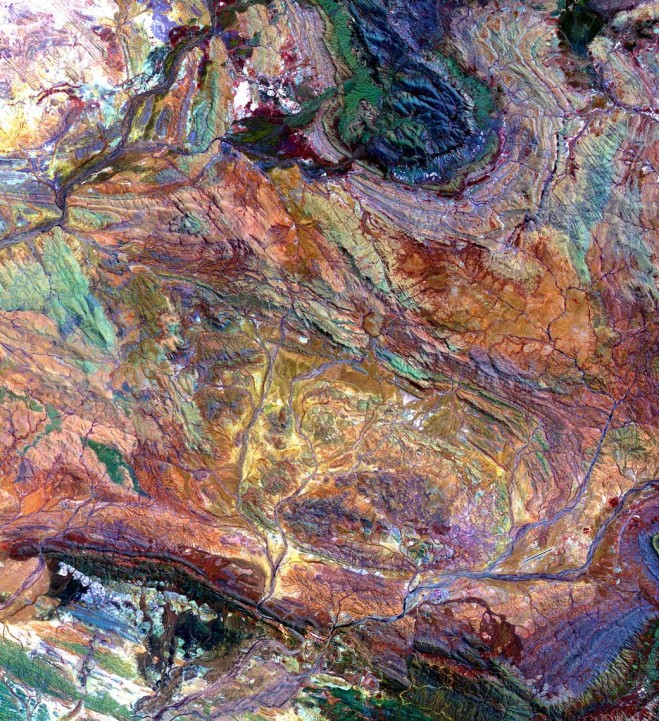 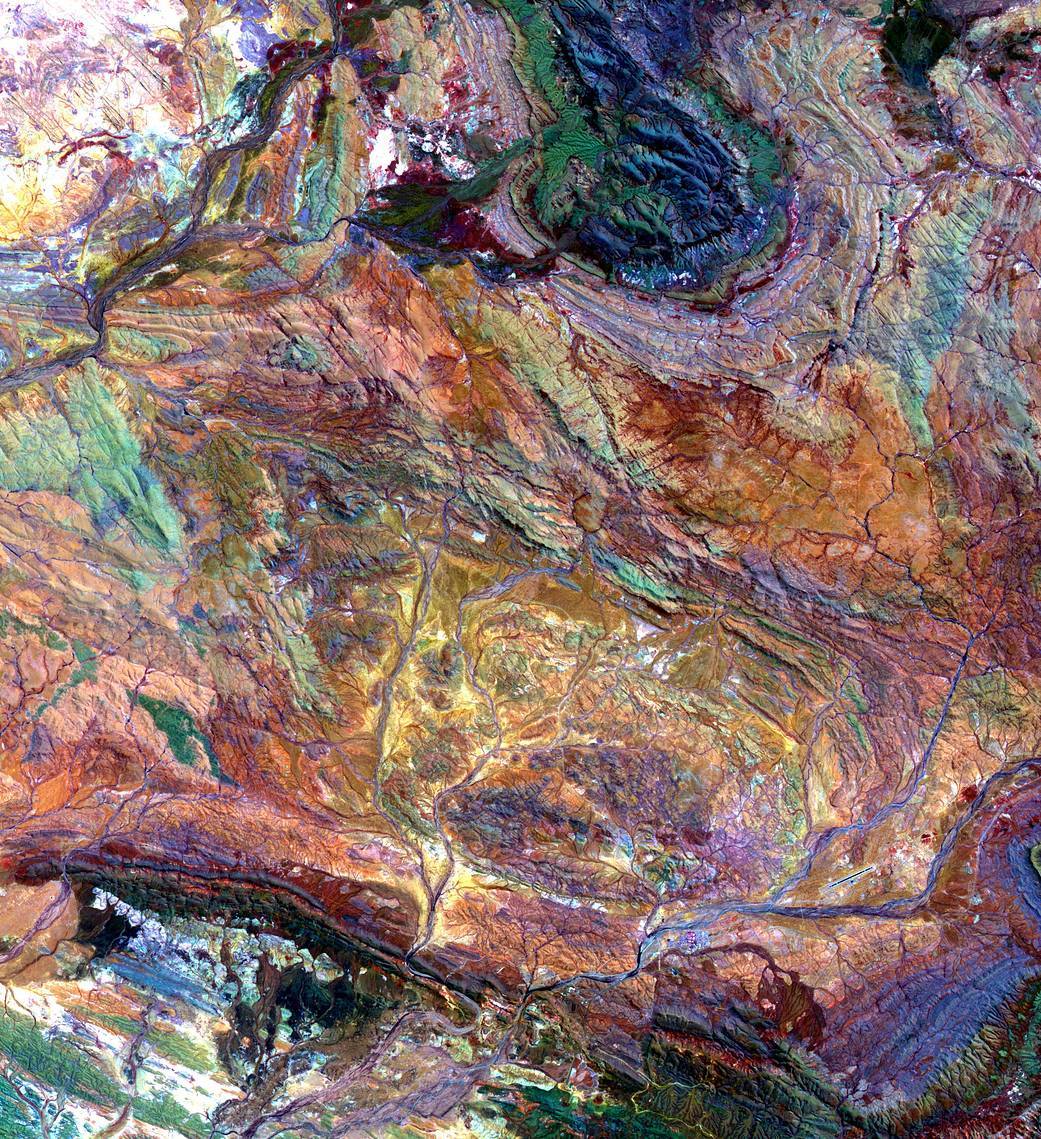 The Pilbara in northwestern Australia exposes some of the oldest rocks on Earth—more than 3.6 billion years old. The iron-rich rocks formed before the presence of atmospheric oxygen … and life itself. Found upon these rocks are 3.45 billion-year-old fossil stromatolites, colonies of microbial cyanobacteria. The image, acquired in October 2004, is a composite of ASTER bands 4-2-1 displayed in RGB.

With its 14 spectral bands from the visible to the thermal infrared wavelength region and its high spatial resolution of about 50 to 300 feet (15 to 90 meters), ASTER images Earth to map and monitor the changing surface of our planet and is one of five Earth-observing instruments launched Dec. 18, 1999, on the Terra satellite. The instrument was built by Japan’s Ministry of Economy, Trade and Industry. A joint U.S./Japan science team is responsible for validation and calibration of the instrument and data products.