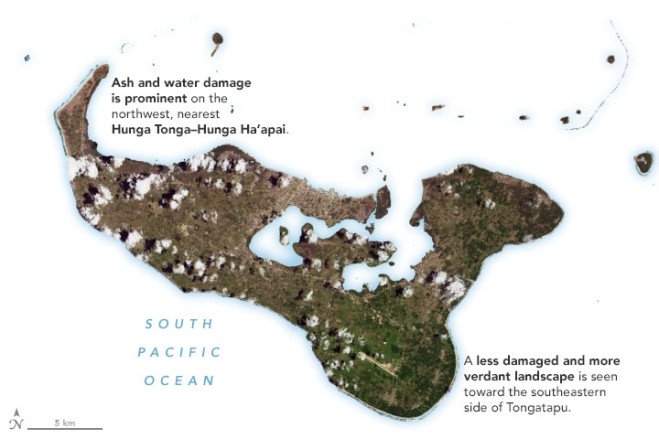 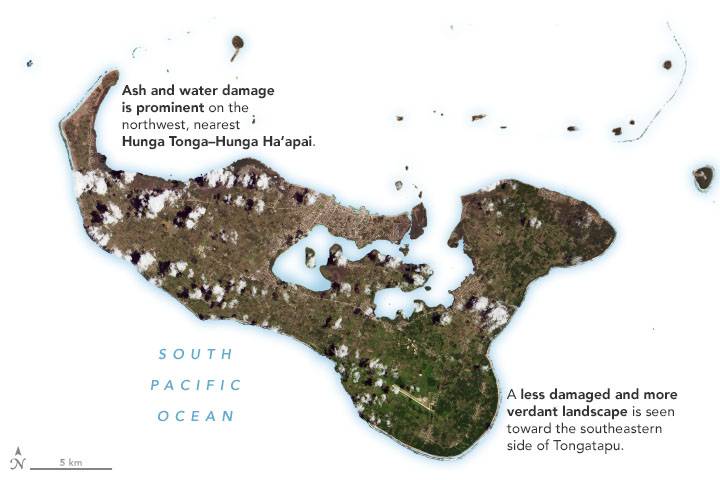 Ever since the uninhabited volcanic island Hunga Tonga-Hunga Ha‘apai exploded in mid-January 2022, the people of Tonga have faced a gauntlet of hazards.

One of the most widespread is volcanic ash. Satellite images collected in the days after the eruption show the fine-grained shards of pulverized rock covering several islands, turning land surfaces from lush green to tan and gray. On Jan. 25, 2022, the Operational Land Imager (OLI) on Landsat 8 captured an image of ash coating much of Tongatapu, Tonga’s most-populous island. (The full scene is available for download.)

According to the United Nations, an average of 2 centimeters of ash coated surfaces in the island nation’s capital city after the eruption. While the extent of damage from the ashfall is still being assessed, preliminary reports indicate that it has contaminated drinking water, disrupted transportation networks and likely damaged crops.