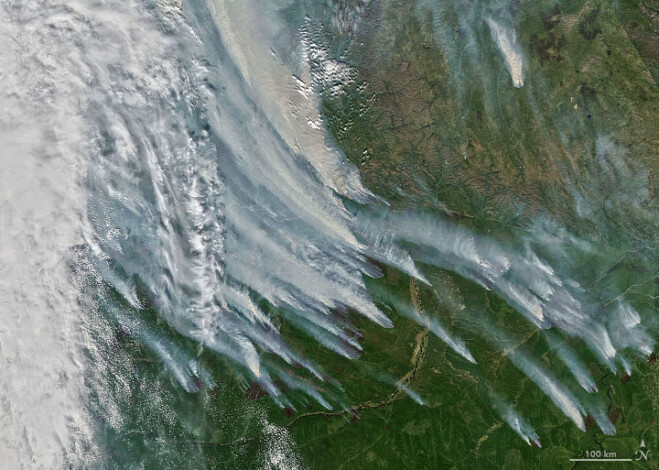 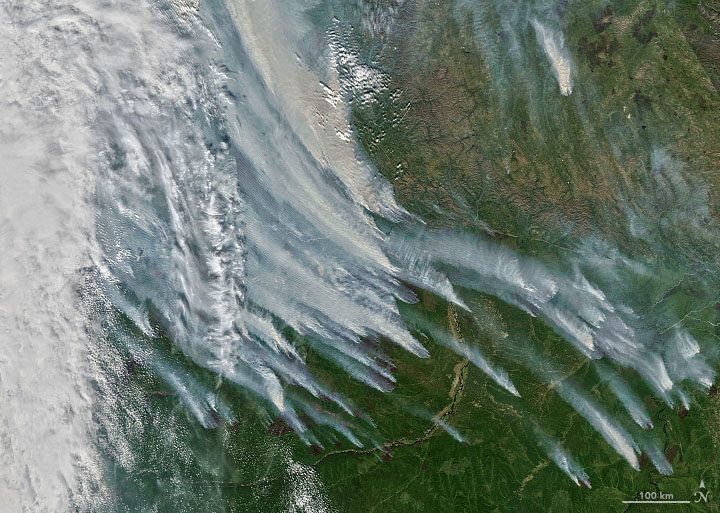 As soon as the snow began melting in May 2021, fires broke out in the Republic of Sakha (Yakutia) in eastern Russia. During the spring and summer, blazes have proliferated and intensified. By August, fires had consumed large swaths of the region’s larch forests. Plumes of smoke blanketed skies, turning day into night, closing airports, and prompting talk of an “airpocalypse” in the city of Yakutsk.

The Moderate Resolution Imaging Spectroradiometer (MODIS) on NASA’s Aqua satellite acquired this natural-color image of large clouds of smoke spreading over Sakha on Aug. 8, 2021. Plumes of this size and opacity have been common for weeks, leading to poor air quality for many of the 280,000 people who live in the nearby city of Yakutsk. A few days before the image was captured, Russia’s aerial fire protection service reported 178 active wildfires in Sakha. More than 2,600 people and 380 pieces of equipment were fighting fires at that time.