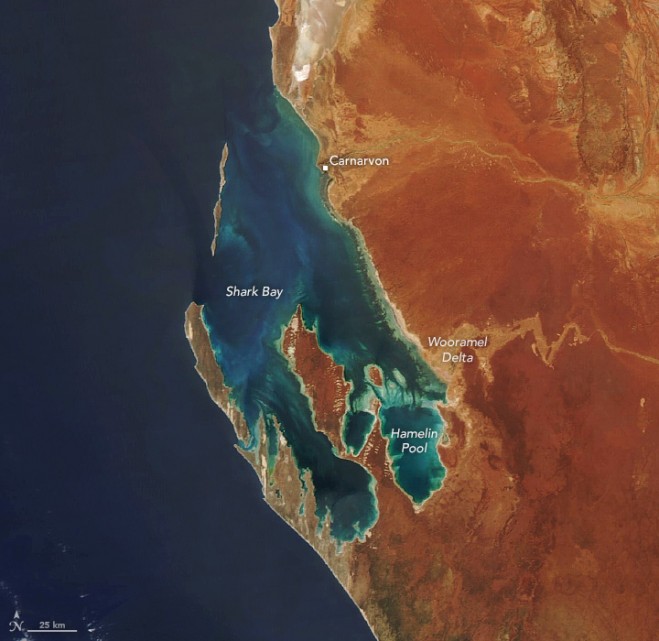 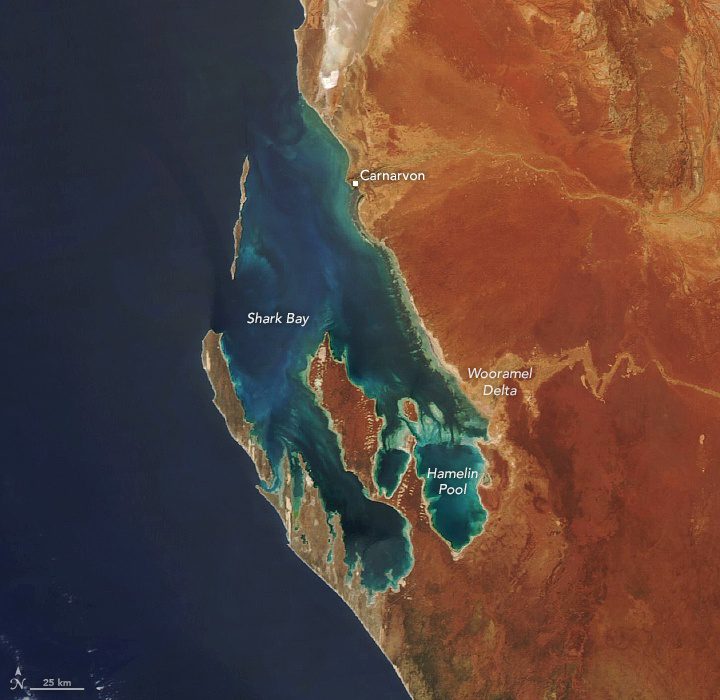 William Dampier was not a typical pirate. Between pillages, the curious English sailor took detailed notes about local wildlife and even collected plants—some of which are still preserved today—on his voyages around the world. His travel logs provided valuable information for future scientists such as Charles Darwin and even inspired Jonathan Swift’s Gulliver’s Travels.

On a trip to the most westerly tip of Australia in 1699, he came across a basin with an abundance of sharks. Named by Dampier, Shark Bay is home to 28 different species, from the notorious tiger shark to the timid nervous shark. Little did Dampier know that the area would become world-renowned, but not because of its sharks. Shark Bay contains the largest and richest beds of seagrasses in the world and is also home to some of the oldest lifeforms on Earth.

Spanning 4,800 square kilometers (1,800 square miles), these underwater meadows include 12 of the world’s 60 known seagrass species. They grow in waters close to shore, where they are protected from strong ocean currents and receive lots of light for growth. Scientists estimate that around eight million tons of leaf material grow each year in the meadows. The Wooramel seagrass bank, the largest in the world, covers 1,000 square kilometers (400 square miles) and stretches 130 kilometers (80 miles) along Shark Bay’s eastern coastline.

The lush seagrass meadows help feed and sustain a large variety of animals. Of note, Shark Bay supports more than 10,000 dugongs—described by Dampier as a shark with a hippopotamus in its mouth—around 10 percent of the world’s population. The bay is also home to endangered green and loggerhead turtles.

Perhaps the most interesting life around the area is the oldest and smallest. The shores around Shark Bay contain numerous stromatolite deposits—layered rocks that are created when microbes trap particles and create sediments. The stromatolites found here are some of the most diverse in the world, and researchers study their sediments to learn what marine ecosystems looked like three billion years ago.

The majority of Shark Bay’s stromatolites are located in the shallows of Hamelin Pool, on the basin’s eastern shore. The shallow pool is ideal for stromatolites because it is about twice as salty as the ocean. The hypersaline environment is the result of a combination of factors. The sand and seagrass banks make it difficult for water to flow through the area, trapping it in the pool. And low rainfall and high evaporation rates draw off moisture and make an ever-saltier basin. Since few animals and plants can survive in such conditions, nearby microbial communities have less competition for resources and fewer predators, allowing them to thrive and create the abundance of stromatolites.