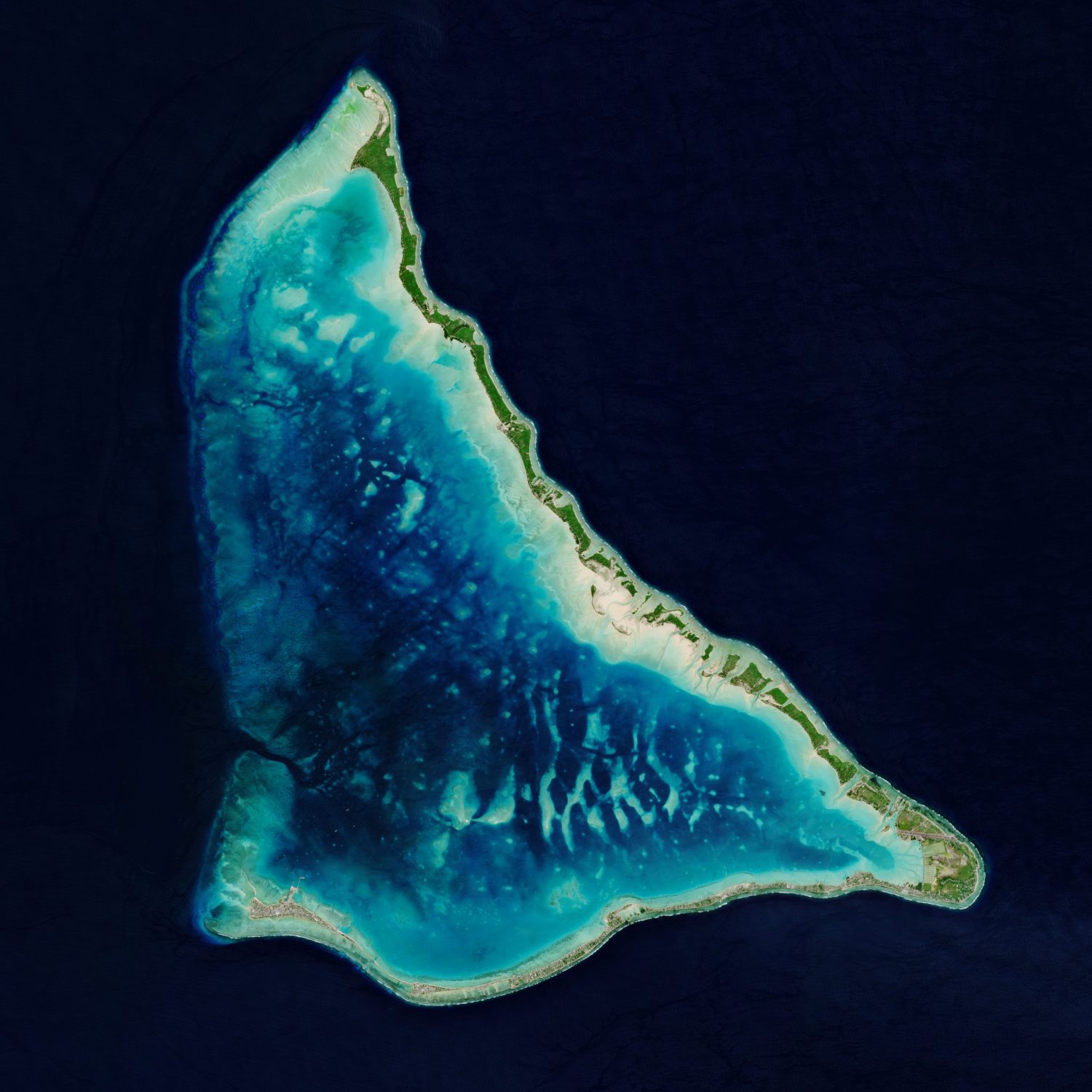 The Republic of Kiribati is an independent island nation consisting of some 33 atolls near the equator in the central Pacific. The islands are spread over approximately 3.5 million square kilometers of ocean, but with a total land area of only 800 square kilometers.

Tarawa Atoll, pictured here in a Copernicus Sentinel-2 image, lies approximately halfway between Hawaii and Australia. Tarawa consists of a large lagoon fringed by a V-shaped reef, around 35 kilometers long, and is made up of more than 30 islets. Tarawa, the site of a brutal World War II battle, is divided into North and South Tarawa.

South Tarawa is made up of a thin string of islets joined by causeways and is home to more than half of Kiribati’s 100,000 citizens. Bonriki International Airport serves as the main gateway to the country and can be seen in the bottom right of the image.

Kiribati is one of the lowest-lying nations in the world, with many of the country’s atolls and coral islands rising no higher than 2 meters above sea level, making them extremely vulnerable to sea-level rise. Kiribati has already seen growing damage from storms and flooding. In 1999, two of the nation’s unpopulated islets, Tebua Tarawa and Abanuea, disappeared underwater entirely.