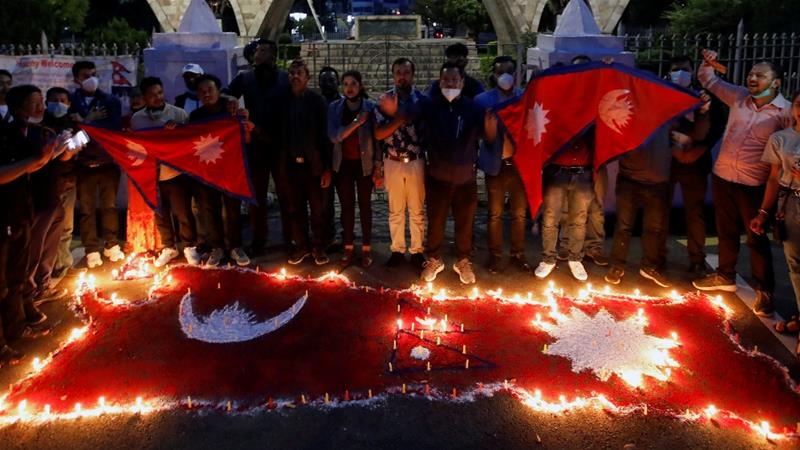 Nepalese people light candles as they celebrate after the Parliament approved a new map of the country, including areas disputed with India, in Kathmandu, Nepal. (Credit: Navesh Chitrakar/Reuters)

The lower house of Nepal’s Parliament approved a new map of the country, including areas disputed with India. The move signals a hardening of Nepal’s position over a decades-long border dispute that has strained ties between the South Asian neighbors.

India has rejected Nepal’s new map, calling it a “unilateral act” that is not based on historical facts or evidence.

Nepal published its revised map after India inaugurated an 80-kilometer (50-miles) road connecting its northern Uttarakhand state with Lipulekh on the border with Tibet that passes through the land Nepal says belongs to it. The map shows a sliver of land on the northwest tip of Nepal as the Nepali territory.