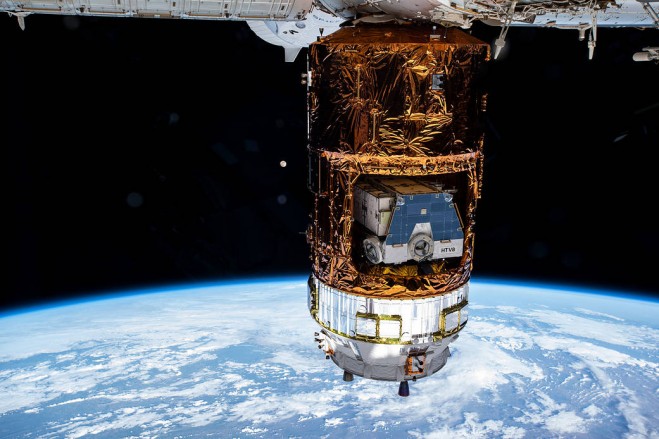 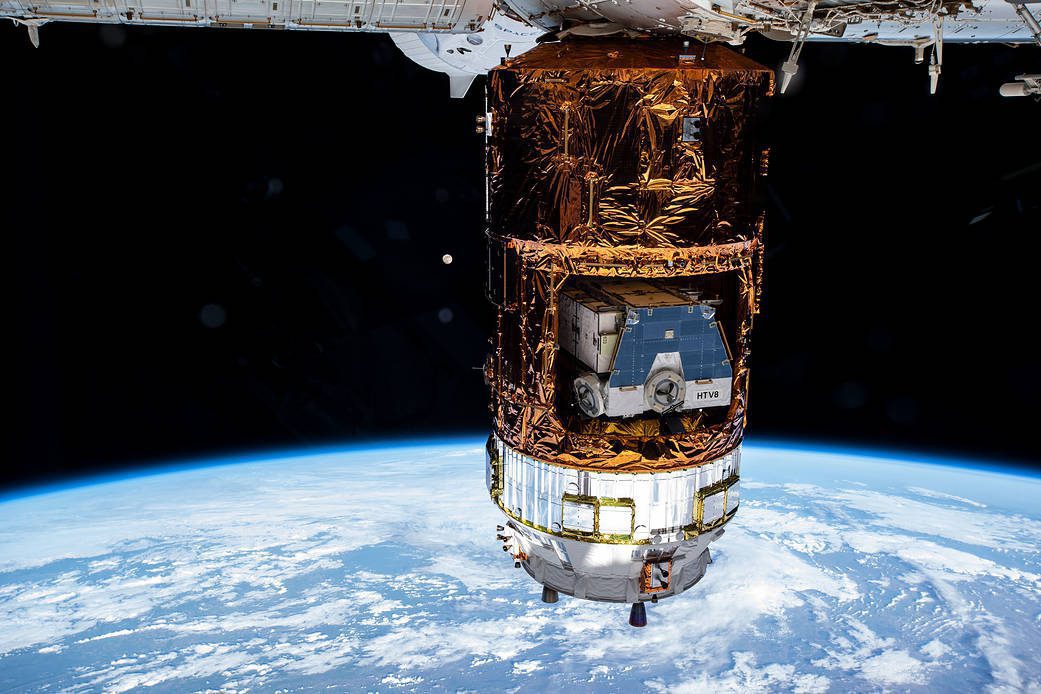 Japan’s resupply ship, the H-II Transfer Vehicle-9 (HTV-9), is pictured attached to the International Space Station’s Harmony module. Stowed inside the Japanese space freighter is the HTV-8 cargo pallet that was brought up to the station on a previous resupply mission. The pallet contains old nickel-hydrogen batteries for disposal that were disconnected from the station during a series of spacewalks at the end of 2019.

Carrying four tons of supplies, water, spare parts and experiment hardware for the Expedition 63 crew aboard the International Space Station, HTV-9 launched from Tanegashima Space Center in southern Japan on May 20, 2020.