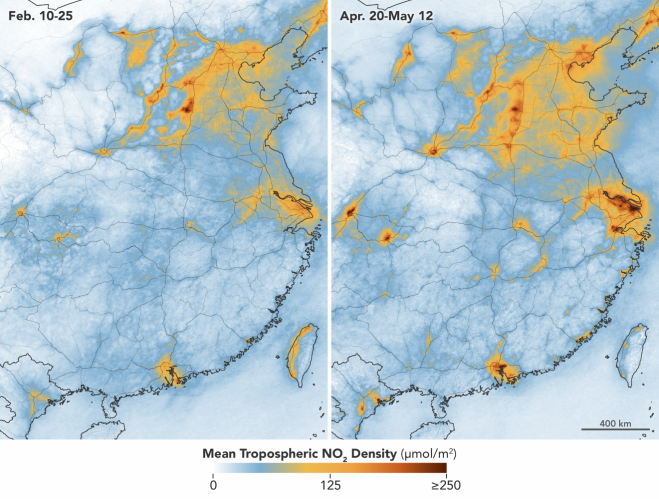 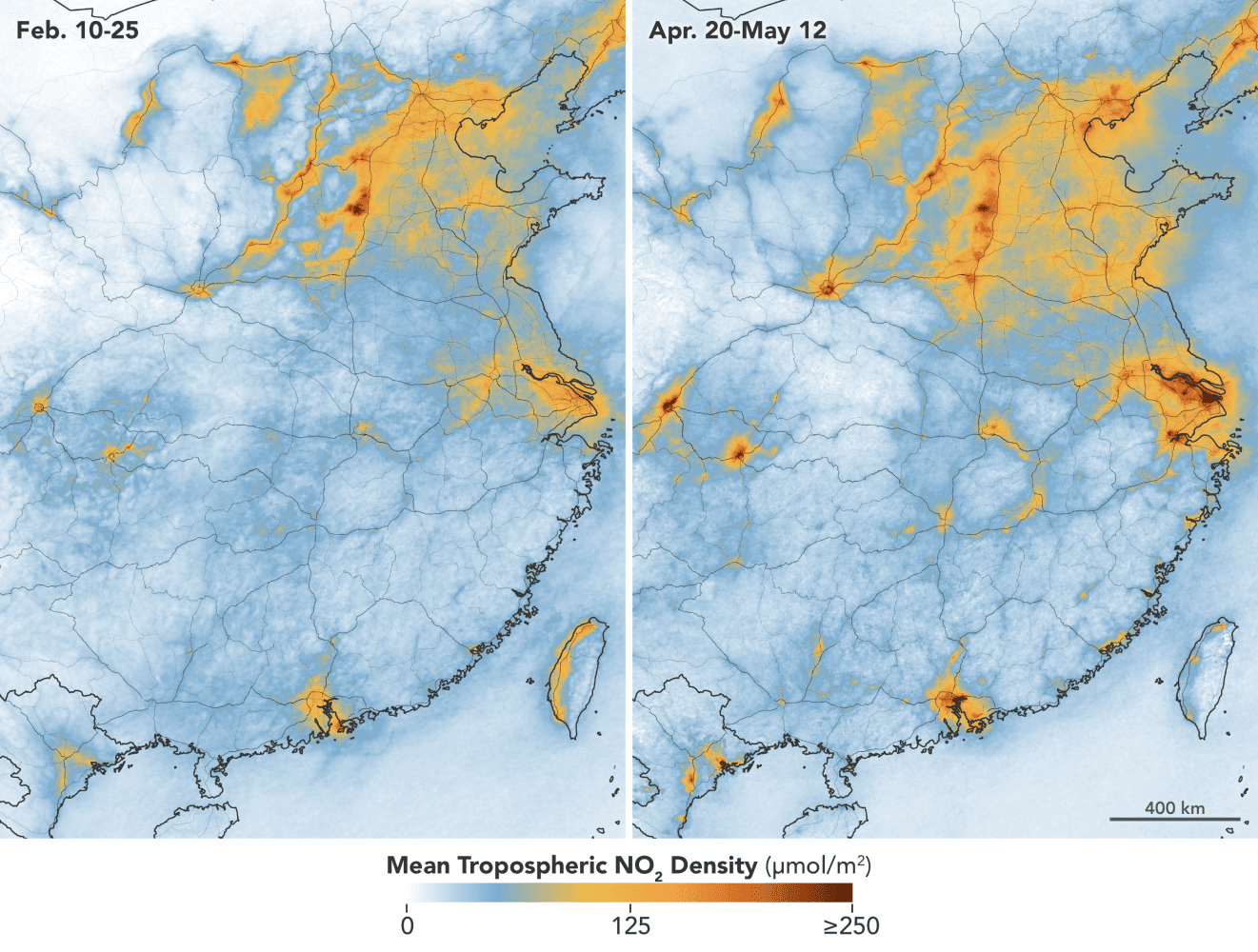 In early February 2020, scientists using NASA and European satellites detected a significant reduction in a key air pollutant over China after the country shut down transportation and much of its economy. Three months later, with most coronavirus (COVID-19) lockdowns ending in China and economic activity resuming, the levels of nitrogen dioxide over the country have returned to near normal for this time of year. Scientists expected this rebound.

Nitrogen dioxide (NO2) is a noxious gas emitted primarily through the burning of gasoline, coal and diesel fuel by motor vehicles, power plants and industrial facilities. Near the ground, NO2can turn into ozone that makes air hazy and unhealthy to breathe. Higher in the atmosphere, it can form acid rain. Scientists in the Atmospheric Chemistry and Dynamics Laboratory at NASA’s Goddard Space Flight Center have been monitoring nitrogen dioxide and other aspects of global air quality for several decades.

The accompanying map shows NO2 levels in central and eastern portions of the country from February 10-25 (during the quarantine) and April 20 to May 12 (after restrictions were lifted).