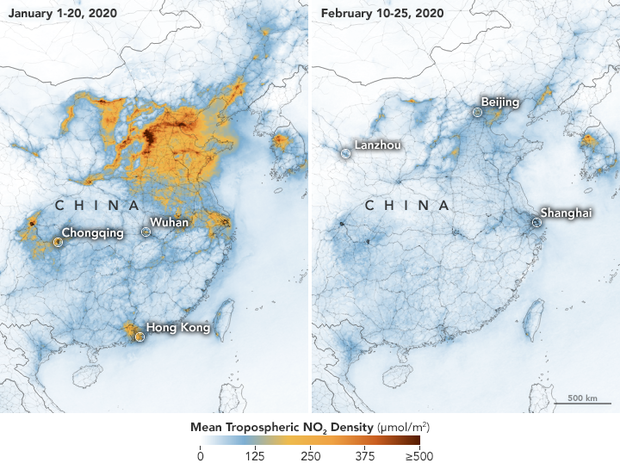 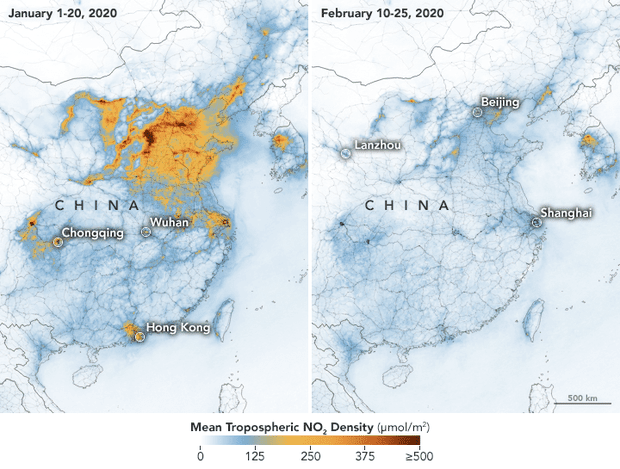 In countries and regions that have been under strict lockdowns to stop the spread of the coronavirus, an unintended consequence is visible from space. As businesses, industrial sites and factories closed, and cars and trucks stayed off the roads, the amount of pollution being generated in countries like China and Italy dropped dramatically.

Satellite footage shows a dramatic reduction in air pollution over China and Italy between December 2019 and March 2020 amid the coronavirus outbreak.

Images from the European Space Agency’s Copernicus satellite show that nitrogen dioxide emissions—a serious air pollutant and a powerful warming chemical—fell by 40 percent over Chinese cities between Dec. 20, 2019, and March 16, 2020.

“As nitrogen dioxide is primarily produced by traffic and factories, it is a first-level indicator of industrial activity worldwide,” Josef Aschbacher, ESA’s director of Earth Observation Programmes, said in a statement. “What is clearly visible is a significant reduction of nitrogen dioxide levels over China, caused by reduced activity due to COVID-19 restrictions, but also the Chinese New Year in January.”

The initial drop shown in the animation coincided with Lunar New Year celebrations, a national holiday in China which usually sees a drop in emissions each year. But this year’s decline lasted longer than usual as authorities imposed lockdowns to contain the virus.