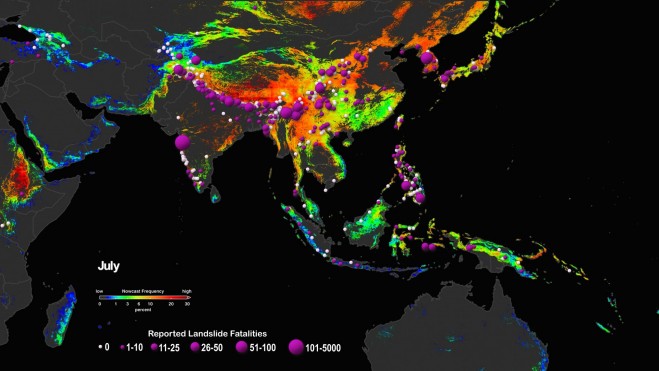 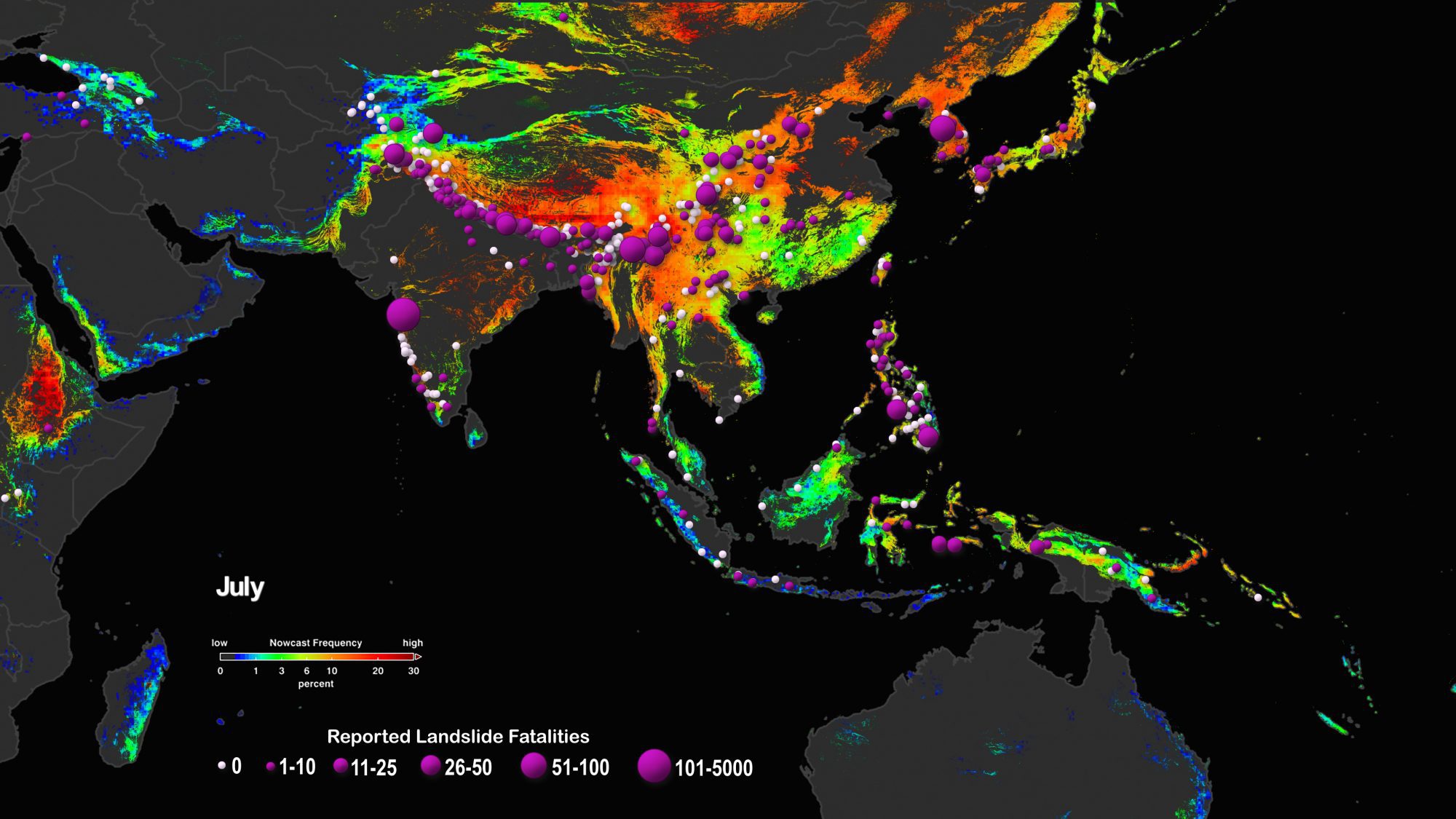 More frequent and intense rainfall events due to climate change could cause more landslides in the High Mountain Asia region of China, Tibet and Nepal, according to the first quantitative study of the link between precipitation and landslides in the region.

High Mountain Asia stores more fresh water in its snow and glaciers than any place on Earth outside the poles, and more than 1 billion people rely on it for drinking and irrigation.

The study team used satellite estimates and modeled precipitation data to project how changing rainfall patterns in the region might affect landslide frequency. The study team found that warming temperatures will cause more intense rainfall in some areas, and this could lead to increased landslide activity in the border region of China and Nepal.

More landslides in this region, especially in areas currently covered by glaciers and glacial lakes, could cause cascading disasters like landslide dams and floods that affect areas downstream, sometimes hundreds of miles away, according to the study. The study was a collaboration between scientists from NASA’s Goddard Space Flight Center in Greenbelt, Md.; the National Oceanic and Atmospheric Administration (NOAA) in Washington, D.C.; and Stanford University in Palo Alto, Calif.

High Mountain Asia stretches across tens of thousands of rugged, glacier-covered miles, from the Himalayas in the east to the Hindu Kush and Tian Shan mountain ranges in the west. As Earth’s climate warms, High Mountain Asia’s water cycle is changing, including shifts in its annual monsoon patterns and rainfall.

Heavy rain, like the kind that falls during the monsoon season in June through September, can trigger landslides on the steep terrain, creating disasters that range from destroying towns to cutting off drinking water and transportation networks. In summer 2019, monsoon flooding and landslides in Nepal, India and Bangladesh displaced more than 7 million people. In order to predict how climate change might affect landslides, researchers need to know what future rainfall events might look like. But until now, the research making the landslide predictions has relied on records of past landslides or general precipitation estimate models.

The study team used a NASA model that generates a “nowcast” estimating potential landslide activity triggered by rainfall in near real-time. The model, called Landslide Hazard Assessment for Situational Awareness (LHASA), assesses the hazard by evaluating information about roadways, the presence or absence of nearby tectonic faults, the types of bedrock, change in tree cover and the steepness of slopes. Then it integrates current precipitation data from the Global Precipitation Measurement mission. If the amount of precipitation in the preceding seven days is abnormally high for that area, then the potential occurrence of landslides increases.