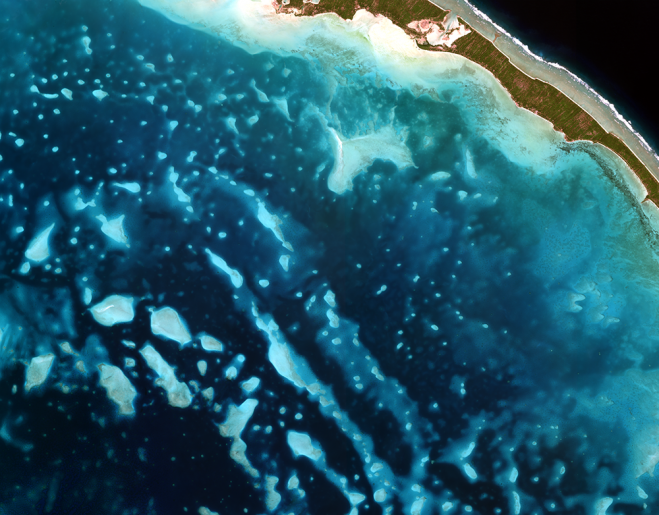 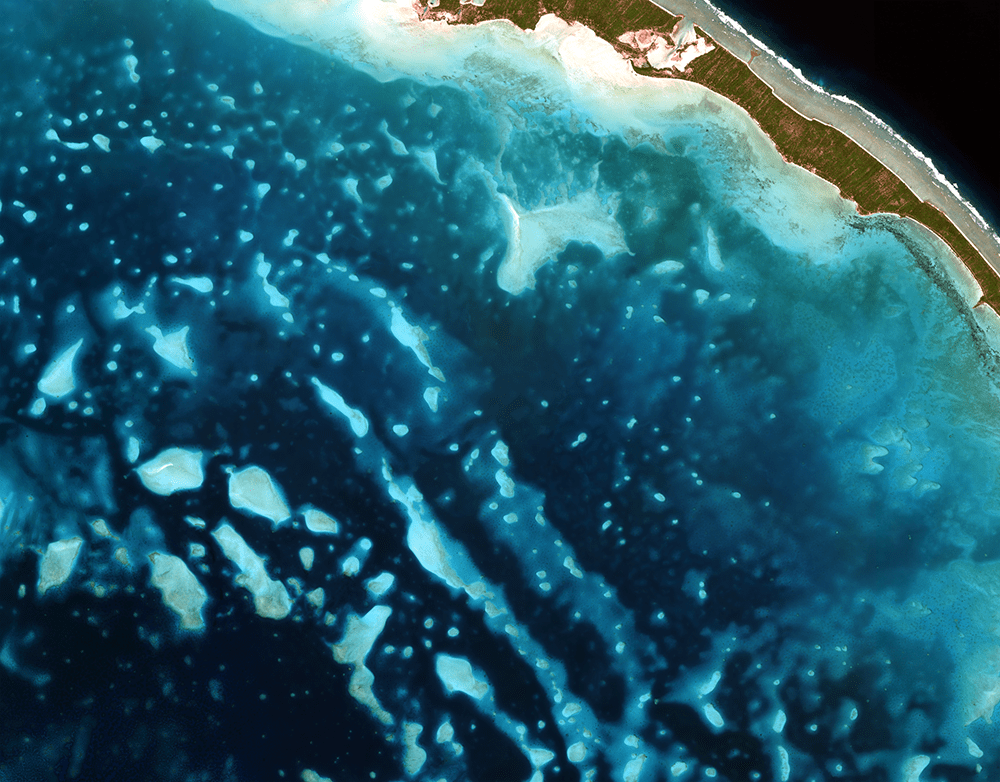 TCarta Marine was contracted by the United Kingdom Hydrographic Office (UKHO) to provide a baseline dataset of water depths and seafloor classification around the Republic of Kiribati. Located in the Pacific Ocean, the island nation is threatened by rising sea levels.

“Most of Kiribati’s islands average less than two meters above sea level at present, and the country’s 110,000 inhabitants are among the most vulnerable to the effects of sea-level rise and the world’s first potential climate-change refugees,” said Kyle Goodrich, TCarta President. “We expect to map 5,000 square kilometers in total. Our seafloor maps will be used with other geospatial information by the UKHO to recommend policies that will assist the Kiribati in planning for and responding to this situation.”

TCarta won the open bid for supply of Satellite Derived Bathymetry (SDB) to the UKHO to extract water-depth measurements and seafloor classifications, including habitat types, from multispectral satellite imagery. In this project, TCarta is processing eight-band DigitalGlobe WorldView-2 and -3 data predominantly, as well as four-band WorldView-4 and GeoEye-1 data to measure depths down to 30 meters at a resolution of two meters. 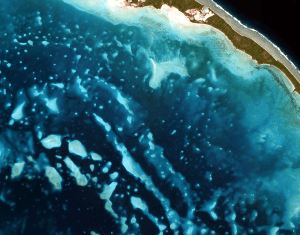 The Kiribati project highlights the efficiency and cost effectiveness of SDB technology in a geographic area too remote and enormous for traditional marine or airborne survey methods. (Credit: DigitalGlobe)

The Kiribati nation is comprised of 33 atoll islands and multiple reefs spread over an area of the Pacific Ocean nearly the size of the continental United States. Multiple new reefs have been discovered by TCarta using this satellite-derived approach at the start of this project. The islands and surrounding environs have not been mapped in their entirety since the late 1800s. Acquiring bathymetric data and habitat classifications using traditional ship-borne SONAR or airborne LiDAR are prohibitively expensive, logistically challenging, and come at far higher cost and timeframe than a satellite-based solution.