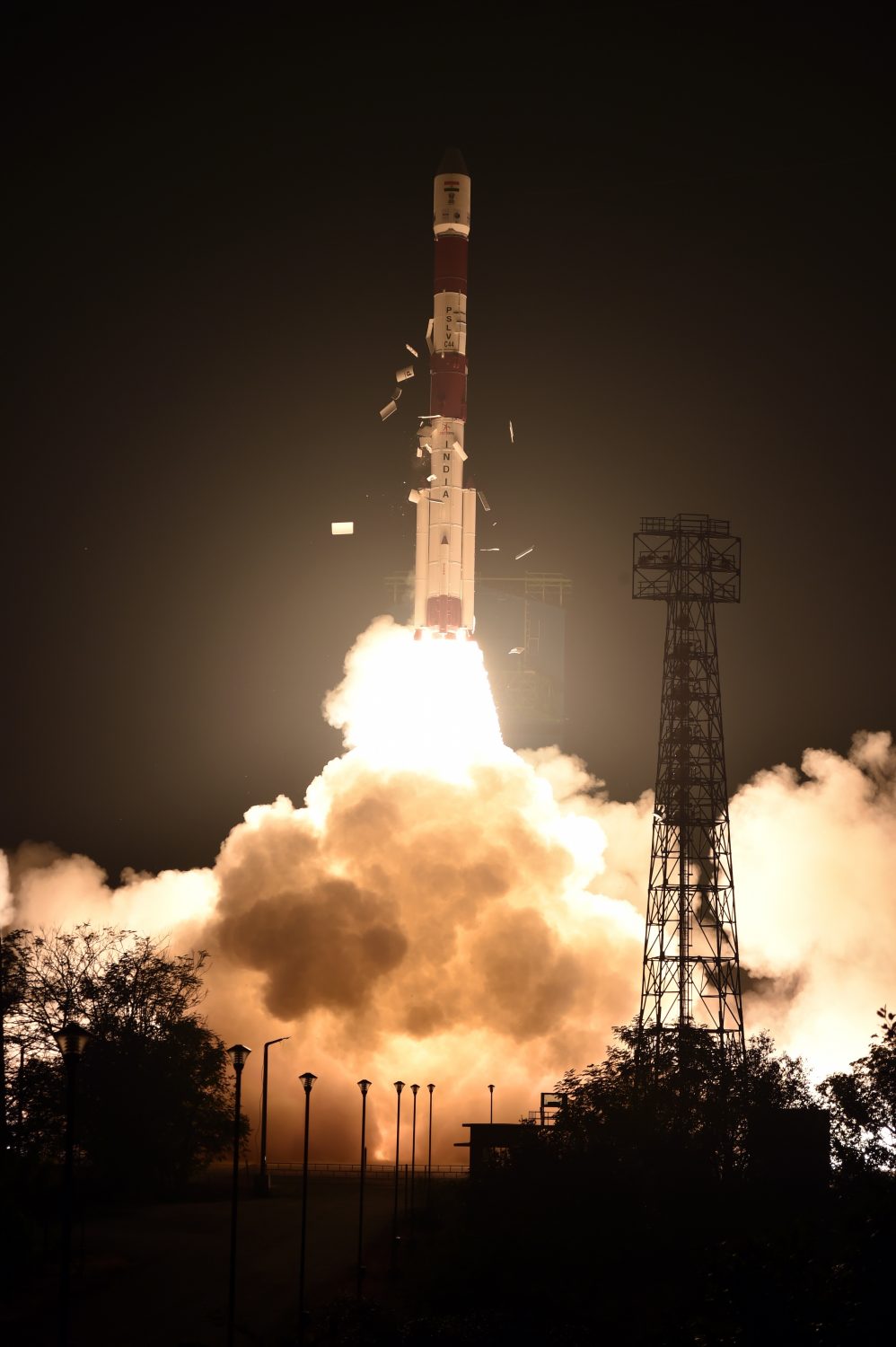 About 13 minutes 26 seconds after liftoff, Microsat-R, an imaging satellite, was successfully injected into an intended orbit of 274 kilometers.

Subsequently, the fourth stage of the vehicle (PS4) was moved to a higher circular orbit of 453 kilometers, after two restarts of the stage, to establish an orbital platform for carrying out experiments. Kalamsat-V2, a student payload, is the first satellite to use PS4 as an orbital platform.