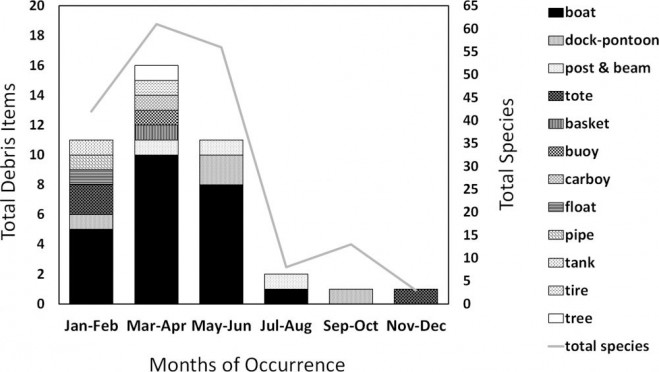 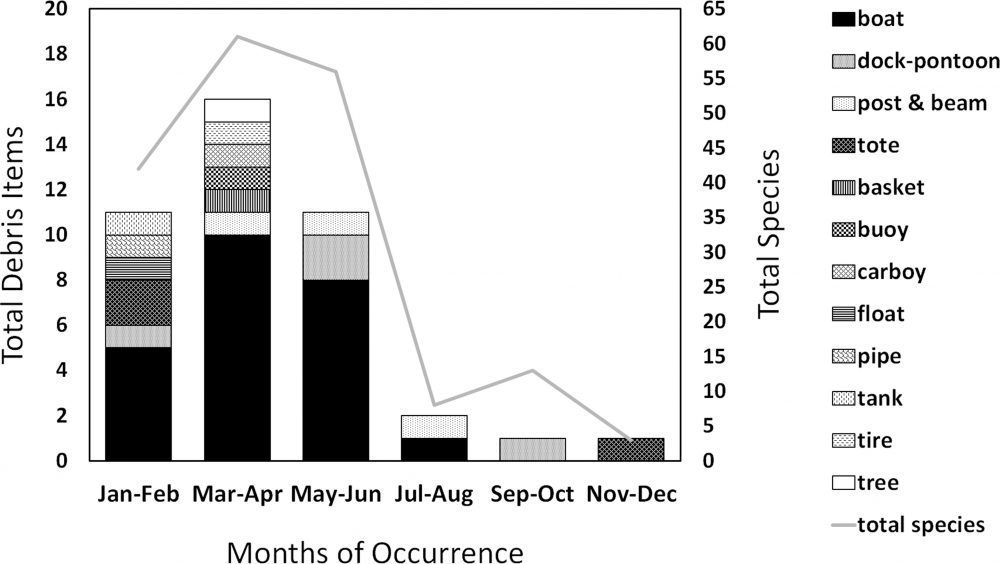 In March 2011, the Great Tohoku Earthquake and Tsunami devastated the Pacific Coast of Japan; however, the tsunami also had global implications. When water from the 40-meter waves that pounded the coastline finally receded, a lot of debris from the island was carried out to sea. This debris, ranging from beach docks to boats to small flotation devices, started washing up on the shores of the Pacific Northwest in the United States in 2012, bringing with it fouling foreign marine algae that posed a major invasive threat to the U.S. coastline.

In the current issue of Phycologia, researchers from Oregon State University, United States, and Kobe University, Japan, detail the collection, examination and classification of these foreign marine algae from their first appearance in 2012 through 2016 when the debris appeared to have subsided. The main goal of the research was to assess the algae and determine whether it posed an invasive threat to the North American coastline.

As the debris settled on beaches, the researchers, with the enlisted help of state workers, volunteers and other scientists, worked to collect samples of the attached algae. Overall, more than 500 samples were collected from 42 pieces of debris. Once collected and delivered, the samples were immediately examined and cataloged. Each sample was meticulously evaluated for the following characteristics: taxonomy, life history (including longevity and successional type), global distribution, size, how many times it appeared on different debris, at-sea survival and Northeast Pacific occurrence both pre- and post-tsunami.