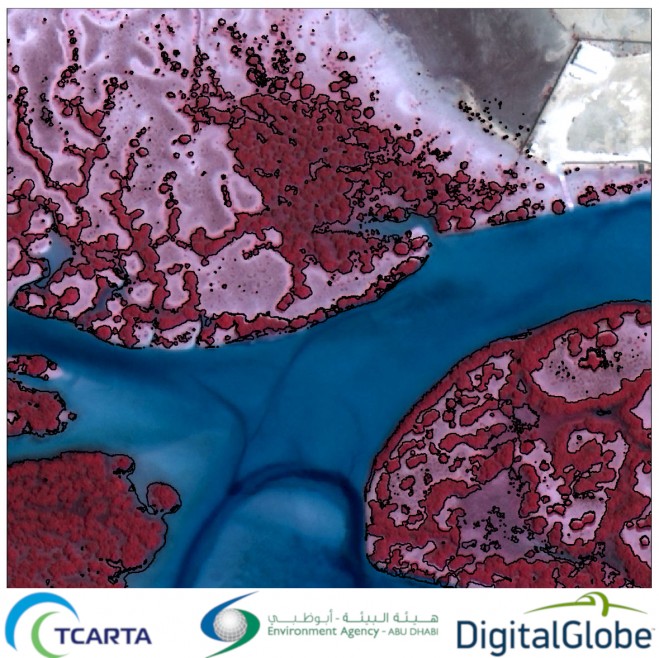 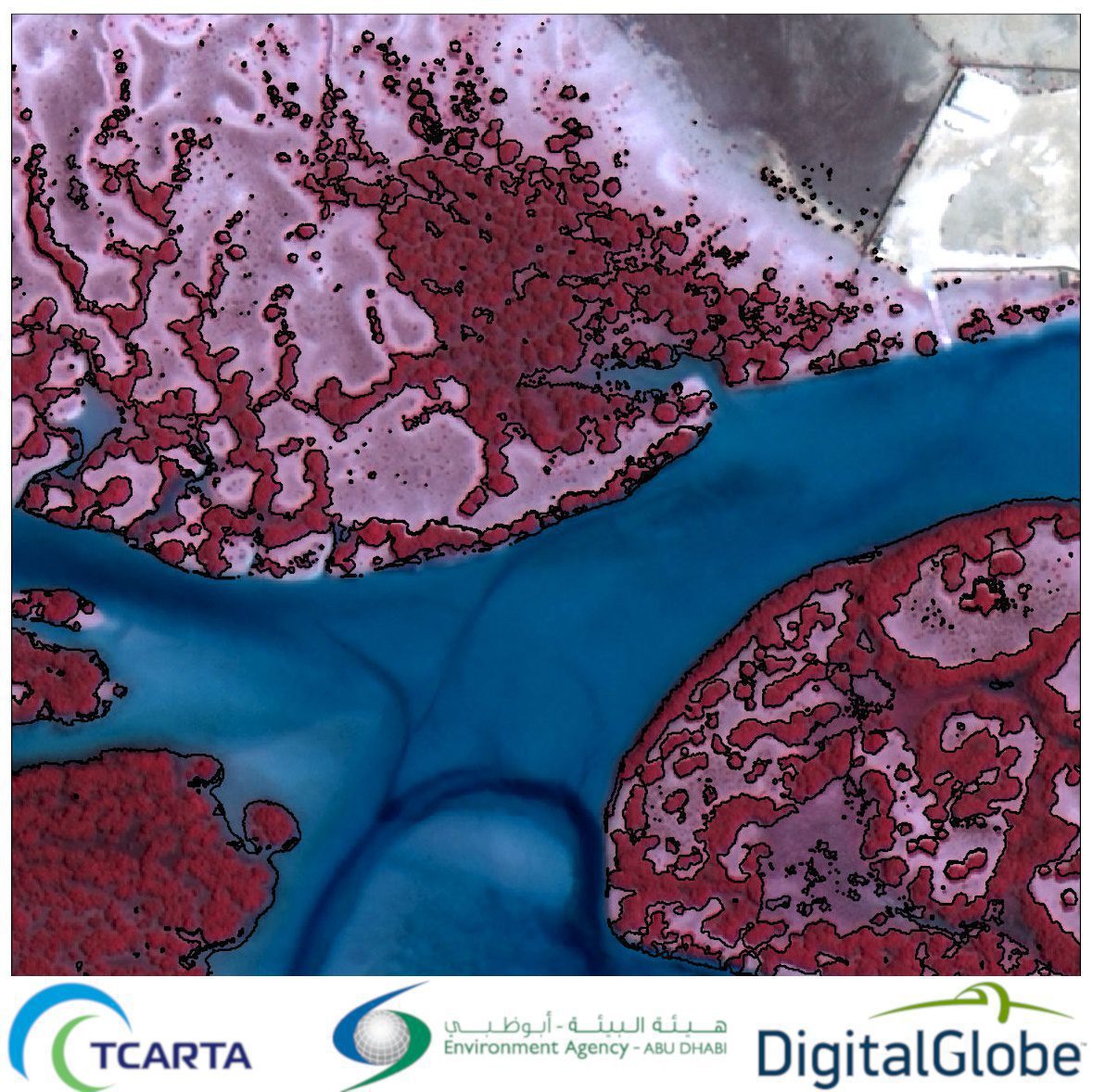 “The satellite-derived vegetation analysis process we developed for this project can be applied to large-area crop and forestry health mapping anywhere in the world,” said Chris Burnett, TCarta Project Manager.

For EAD, the TCarta report delivered some promising results. With 80 percent of the Emirate’s mangrove forests found to be healthy, this was encouraging news. The project also enabled EAD to designate conservation areas for immediate protection, helping EAD assess the relative success of existing schemes with the view to applying the lessons learnt into practice for future endeavours.

Mangroves are shrubs or small trees that grow in the saline and brackish tidal marine ecosystems along coastal zones in tropical regions throughout the world. Considered vital to the environment, the dense root systems of mangrove forests protect estuaries and coastlines from erosion, and the leaves sequester carbon. They are, however, susceptible to damage from offshore dredging, onshore development and climate change.

For the assessment, TCarta obtained high-resolution multispectral imagery acquired by the DigitalGlobe WorldView-2 and -3 satellites during the months of December 2017 through March 2018. Computer algorithms were applied to the Coastal Blue, Visible Green, Visible Red and Near Infrared bands to differentiate mangroves from other vegetation across the Emirate. A total of 155 square kilometers of mangroves were identified and mapped.

“We then derived several vegetation indices from the spectral bands to rate the health of the mangrove forests, divided into small grids,” said Burnett.

Next, TCarta analysts obtained coarse-resolution Landsat imagery from 1987, 2001 and 2017 to chart mangrove coverage over three decades. The combination of WorldView and Landsat data analysis clearly showed where mangrove loss had occurred over time. From this, TCarta generated the Disturbance Index correlating health to external factors, such as urban development.

“Urban development near Abu Dhabi City appears to pose the primary threat to the Emirate’s mangrove forests,” added Burnett. “EAD, which is a government agency tasked with protecting the local environment, will use this report for remediation efforts, including the selection of more-favorable areas to plant new mangroves to balance those that have already been lost.”