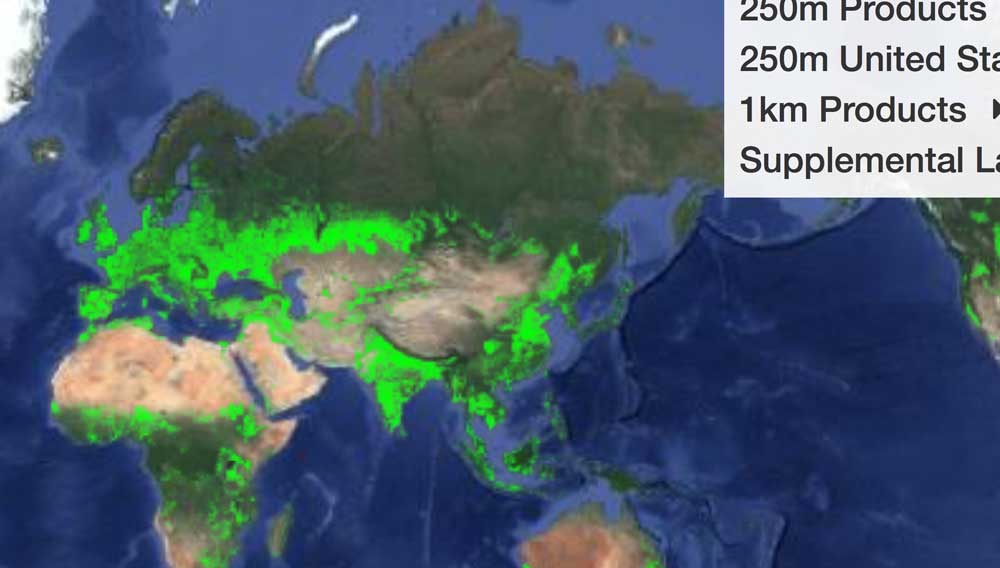 A new map was released detailing croplands worldwide in the highest resolution yet, helping to ensure global food and water security in a sustainable way.

The map establishes that there are 1.87 billion hectares of croplands in the world, which is 15 to 20 percent—or 250 to 350 million hectares (Mha)—higher than former assessments. The change is due to more detailed understanding of large areas that were never mapped before or were inaccurately mapped as non-croplands.

Earlier studies showed either China or the United States as having the highest net cropland area, but this study shows that India ranks first, with 179.8 Mha (9.6 percent of the global net cropland area). Second is the United States with 167.8 Mha (8.9 percent), China with 165.2 Mha (8.8 percent) and Russia with 155.8 Mha (8.3 percent). Statistics of every country in the world can be viewed in an interactive map.

The study was led by USGS and is part of the Global Food Security-Support Analysis Data @ 30-m (GFSAD30) Project. The map is built primarily from Landsat satellite imagery with 30-meter resolution, which is the highest spatial resolution of any global agricultural dataset.