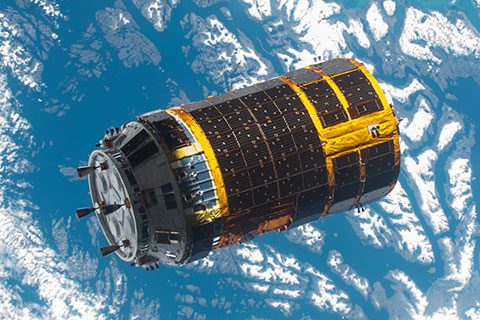 The Japan Aerospace Exploration Agency (JAXA) announced that its H-II Transfer Vehicle KOUNOTORI6 (HTV6), after completion of deorbit maneuver, reentered Earth according to schedule on Feb. 5, 2017. KOUNOTORI6 berthed to the International Space Station (ISS) on Dec. 13, 2016, and remained docked for the following 45 days. While berthed with the ISS, KOUNOTORI6 transferred all of its pressurized and unpressurized cargo supplies and components essential for the ISS operation. KOUNOTORI6 then was reloaded with waste from the ISS. Its atmospheric reentry brought the KOUNOTORI6 mission to completion, its sixth consecutive mission success.

KOUNOTORI6, with augmented cargo capabilities, delivered six Japanese-made lithium-ion battery cells to the ISS. The battery cells have already been installed and are working. Successive KOUNOTORI launch vehicles—its seventh, eighth and ninth—will deliver to the ISS all the other batteries of the same type for future replacement. These batteries provide ISS electrical power, which supports the basis of the most-important resource for ISS operations.

Although KOUNOTOI6 departed from the ISS and re-entered Earth’s atmosphere, some scheduled KOUNOTORI Integrated Tether Experiments (KITE) were not carried out. Through KITE, JAXA seeks to verify electrodynamic tether technology to remove space debris.

“We could not unroll KITE’s tether due to deployment system failure,” noted Okumura. “However, the process was confirmed in which electricity was conducted from an electron emitter. Ongoing are detailed analysis on KITE results, which are expected to establish an efficient system to help remove space debris.

“I would like to express my gratitude for the support and the contribution by the domestic and international organizations and Japanese citizens,” said Okumura. 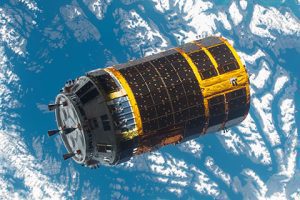 The Japan Aerospace Exploration Agency (JAXA) announced that its H-II Transfer Vehicle KOUNOTORI6 (HTV6), after completion of deorbit maneuver, reentered Earth according to schedule on Feb. 5, 2017.