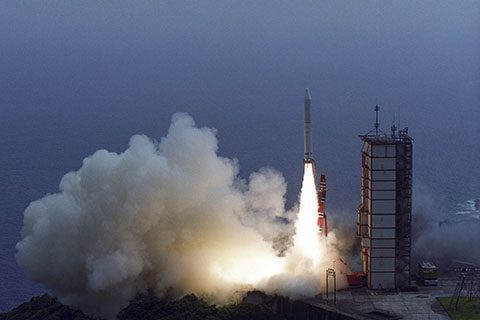 On Dec. 20, 2016, the Japan Aerospace Exploration Agency (JAXA) successfully launched from the Uchinoura Space Center an Epsilon rocket carrying the Exploration of energization and Radiation in Geospace (ERG) satellite. The launch vehicle flew as planned, and, at approximately 13 minutes and 27 seconds after liftoff, the separation of ERG was confirmed.

Created to study plasma, particles, waves and fields in Earth’s radiation belts—sometimes referred to as the Van Allen belts—ERG is a 365-kilogram satellite based on JAXA’s SPRINT bus. The spacecraft measures 1.5 by 1.5 by 2.7 meters in its launch configuration. Once in orbit, ERG will deploy its instrument booms and solar arrays, which will generate more than 700 watts of power for the spacecraft’s systems and instruments. 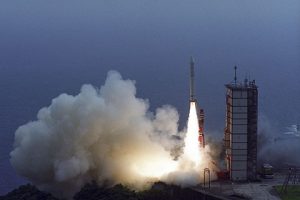 The Epsilon launch on Dec. 20, 2016, carrying the ERG remote-sensing satellite, was Japan’s fourth and final spacecraft launch of the year. (Credit: JAXA).