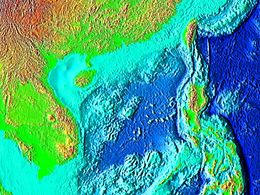 Within 10 years, China’s self-developed energy resources are expected to decline from meeting around 90% of the country’s needs to less than 65%. That will create a situation whereby imported energy will become more critical. Even as the country ramps up renewable energy generation, and is currently a leader a in both wind and solar generation, will these be enough to meet this changing challenge?

Clearly improved efficiency is the name of the game – and goal for China in the days ahead concernign energy. But generation is only one aspect of improved circumstances. Conservation, technological advantage and gains, changed policy and changed attitudes in energy consumption can also be expected to contribute to meet the challenge. Improvements in each of these areas is anticipated.

Geospatial technology is poised to contribute significantly to the solution. These technologies can be applied in a multiple number of ways ranging from generation to processing to distribution. Because China can seemingly initiate changes quickly, we might expect to see new applications involving energy in all forms, and the development of new approaches.

Off the mainland of China, it seems the first challenges will involve marine survey and mapping, and discussions and policies related to the many claims from different nations participating around the South China Sea.