Number of Forest Fires in Uttarakhand Coming Down

Satellite images show that there’s been a decline in the number of forest fires in Uttarakhand since April 28. Though fires in the region are still intense, images that have been sourced from two U.S. satellites Aqua...

On April 28, 2016 the Indian Space Research Organization (ISRO) successfully launched the seventh and final spacecraft for the Indian Regional Navigation Satellite System (IRNSS). The satellite, IRNSS-1G, was placed into orbit by a Polar Satellite Launch...

MANILA — The long wait is over as the Diwata-1 is finally sent out to space to begin her 20-month-long journey. Read More at Inquirer.net

BEIJING, April 21 (Xinhua) -- China has offered a set of hi-resolution imageries of the Ecuador quake zone, captured by satellite Gaofen-2 to aid relief work, according to the China National Space Administration (CNSA) on Thursday. Read... 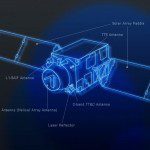 Japan is working to avoid the communication breakdown that occurred during the March 2011 earthquake and tsunami. The country is adding satellite-based communications to the capabilities of their GPS receiving satellites. The Michibiki satellites complement GPS satellites...

Punjab government on Monday said India should make use of its remote sensing satellites more efficiently for development in agriculture and rural and urban planning. Read More at Hindustan Times

Navi Mumbai: NMMC's property department may levy property taxes which will also account for the alterations done from this year.  Read More at The Times of India

China launched a Beidou satellite into orbit on a Long March 3A rocket on Tuesday as the country seeks to gain independence from and eventually rival American GPS services. Read More at GB Times