"Irresponsible," "senseless," "deplorable," "destabilizing," "totally unacceptable." North Korea's launch of a long-range rocket has filled the isolated nation with pride — and sparked fierce censure from the rest of the world. Read More via NPR

North Korea has claimed that it successfully deployed an earth observation satellite into orbit, after its “long-range missile test” on Sunday was widely criticized as provocative and in breach of UN resolutions.  Read More via RT

China on Monday performed its second space launch of the year by sending a Beidou positioning, navigation and timing satellite into orbit. Read More via GB Times

Diwata-1 Satellite will be Deployed from ISS on April 2016

Third Philippine satellite will be deployed from International Space Station Kibo module on April 2016 according to Department of Science and Technology (DOST). Read More via Blackbird

The Indian Space Research Organisation (ISRO) will launch the fifth satellite of the Indian Regional Navigation Satellite System (IRNSS) on January 20. Read More via The Hindu 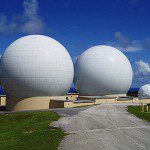 ‘Satellite Forecasting Has Brought Down Deaths Due to Cyclones’