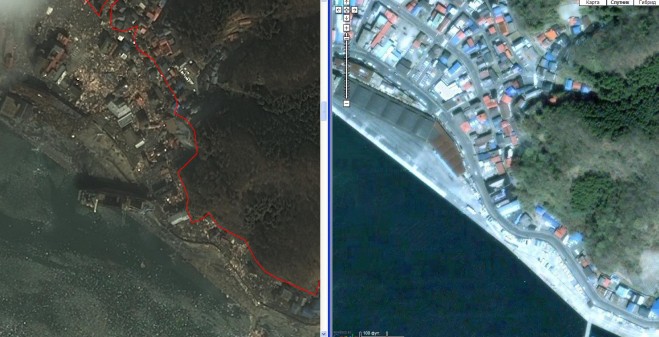 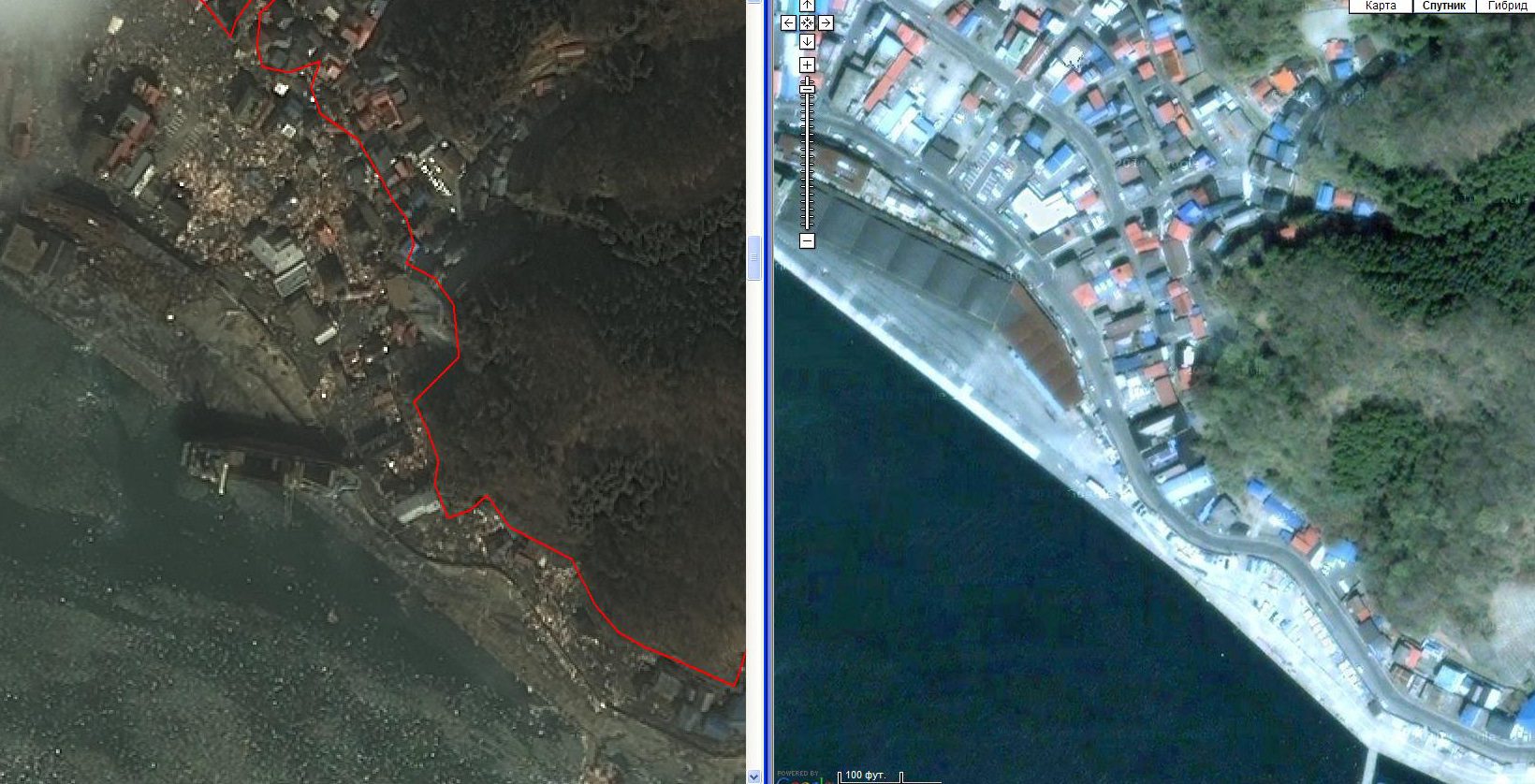 According to the government of Japan the International Charter “Space and Major Disasters” started to operate. Since morning March 12 world satellite Operators conduct optical imagery of the damaged areas in Japan.

Images from IKONOS satellite were acquired by the request from ScanEx RDC and submitted on-line to the EMERCOM of Russia. Analysis of the Tokyo districts did not reveal major destructions, which testifies to high seismic resistance of buildings. However, eastern coastline of the country suffered much more damage.

The area of the disaster in Japan. Left: IKONOS image, acquired on 12.03.11 (GEOEYE, SCANEX). Right: image prior to the disaster. Google Earth data