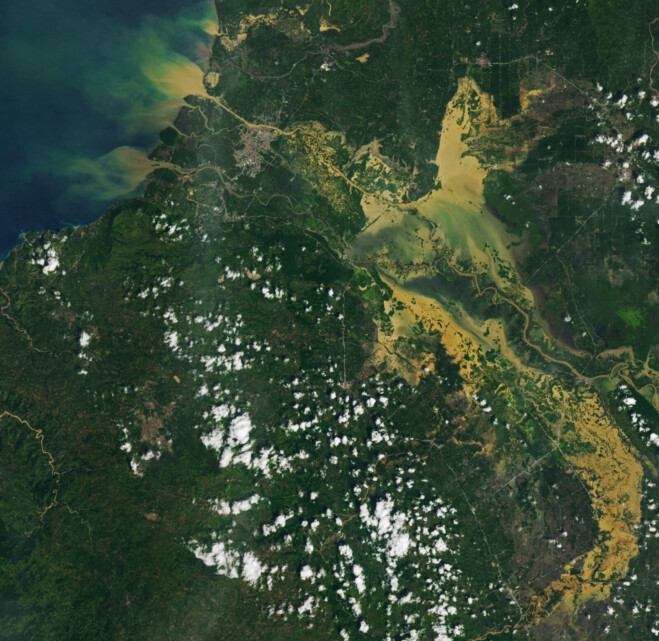 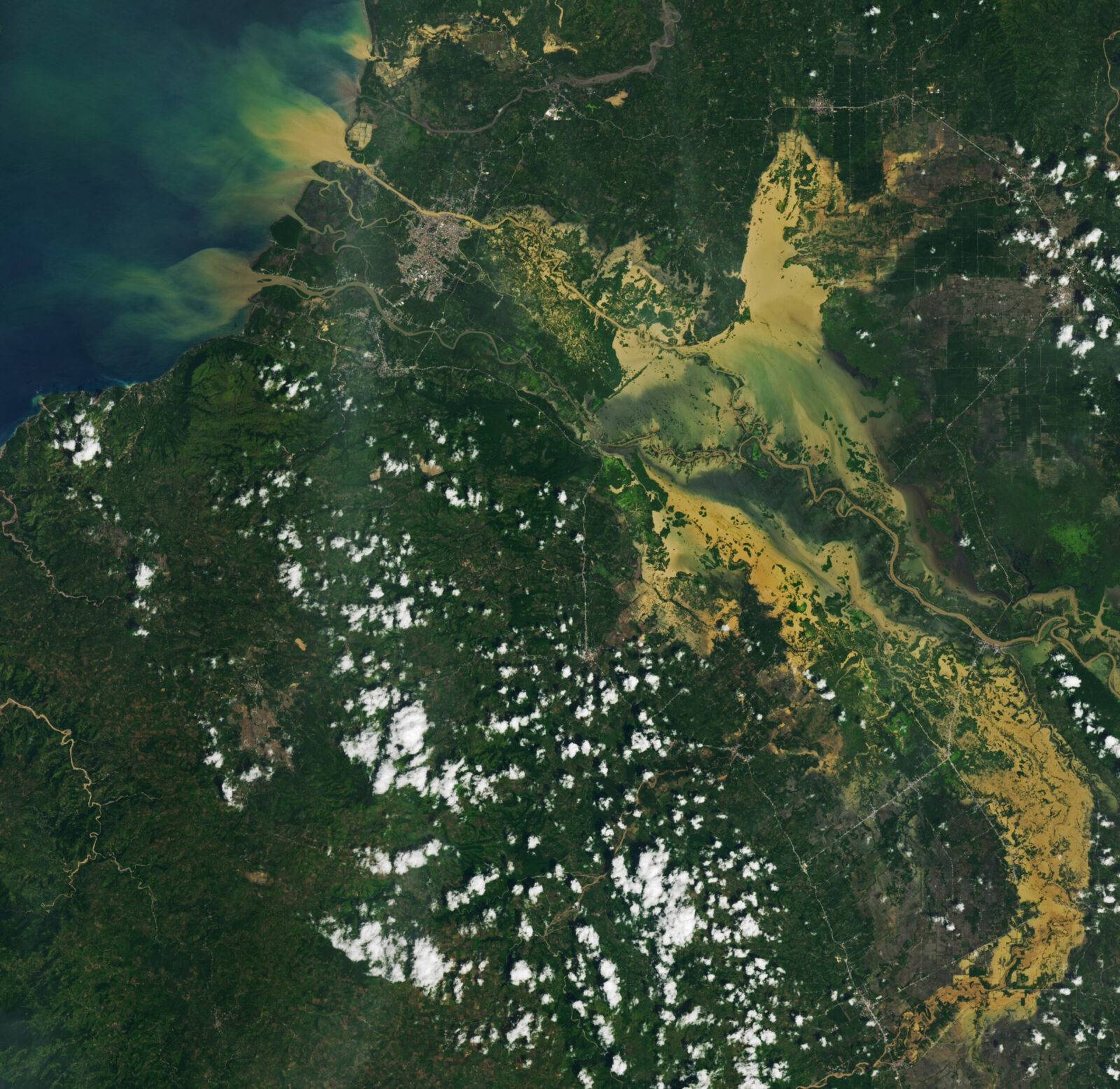 Storms stronger than Tropical Storm Nalgae lashed the Philippines in 2022, but the extreme rainfall unleashed by Nalgae in late October 2022 spurred landslides and flooding, making it among the season’s deadliest and most destructive storms to hit the island nation.

Tropical Storm Nalgae (locally called Paeng) struck the Philippines on Oct. 29, 2022. The storm’s center tracked across the northern part of the country, but wide rain bands swamped areas to the south, including the hard-hit Maguindanao del Norte and Maguindanao del Sur provinces.

Flooding in Maguindanao del Norte is visible in this image acquired on Oct. 30, 2022, with the Operational Land Imager-2 (OLI-2) on Landsat 9. Floodwaters swamped Cotabato City and several nearby towns. Notice the dark-brown floodwater visible in Upi and areas south. Wet, marshy areas were present along the rivers even before the storm. But after the storm, the water became discolored by sediment stirred up by rain and floods. Plumes of this sediment-laden water dispersed into Moro Gulf.