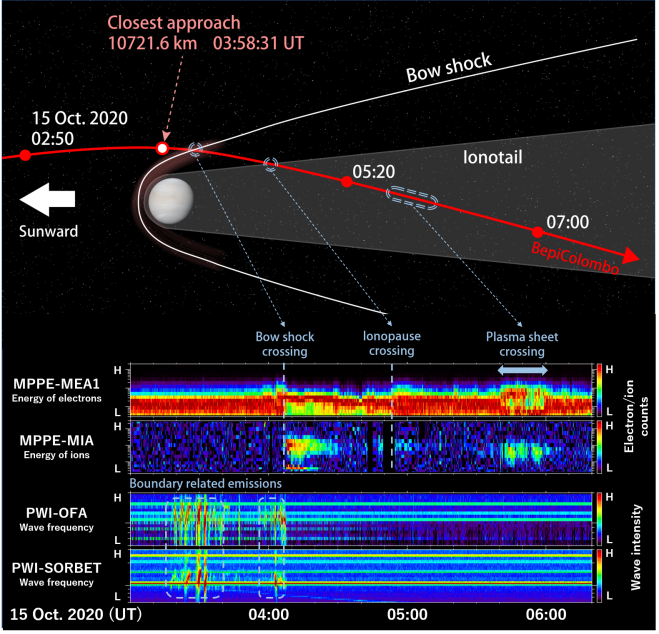 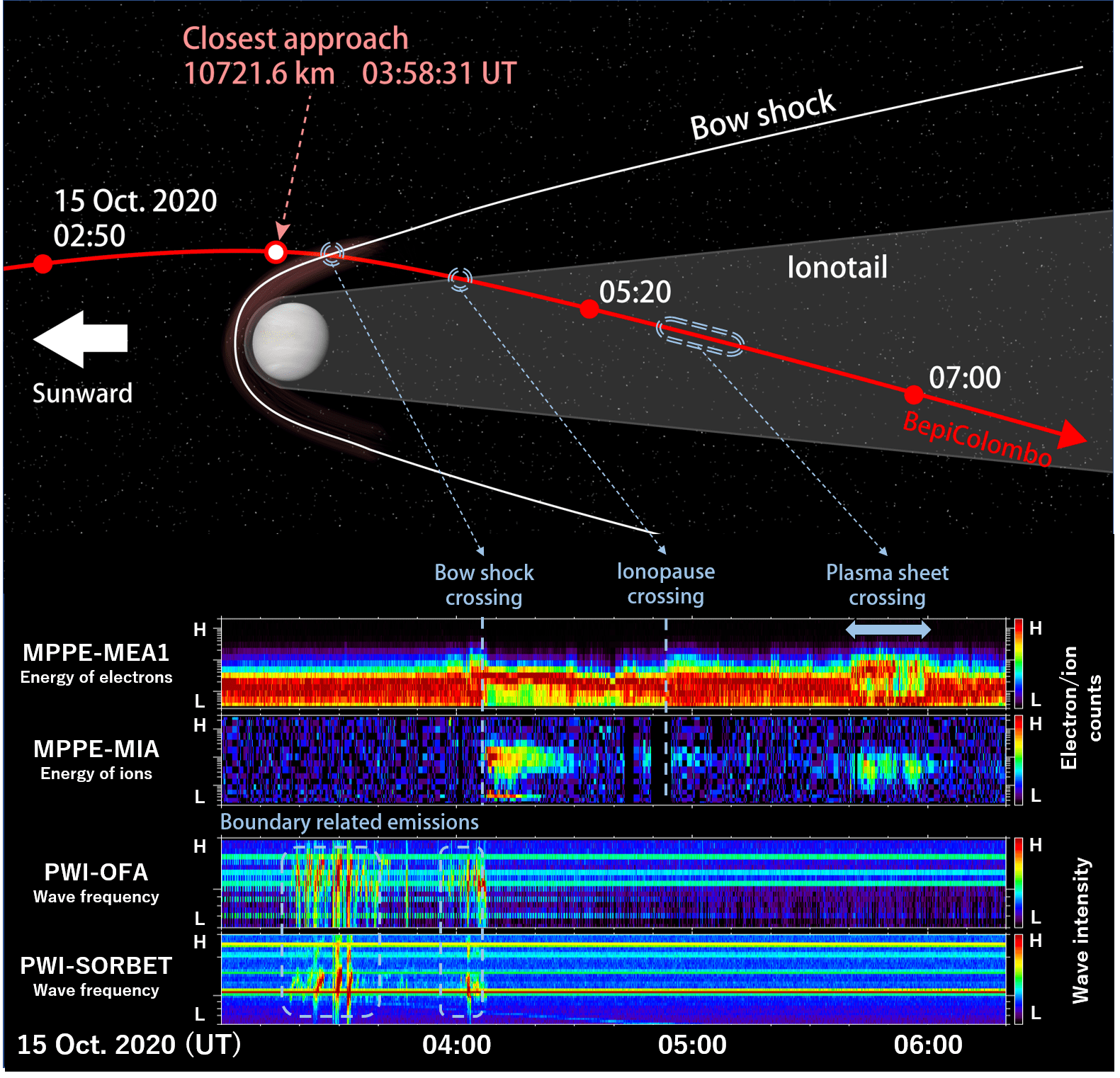 The Japan Aerospace Exploration Agency (JAXA) and European Space Agency (ESA) measured the trajectory of the Mercury Magnetospheric Orbiter, known as “Mio,” and the Mercury Planetary Orbiter (MPO) following the Venus flyby on Oct. 15, 2020. The two probes are cruising to Mercury as a composite spacecraft as part of the international BepiColombo*1 mission to explore the innermost planet. Results show the spacecraft is traveling smoothly along the target trajectory. 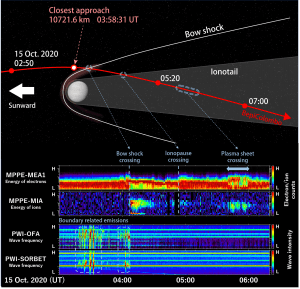 Observation results captured during the Venus flyby by the Mercury Plasma Particle Experiment (MPPE) and the Plasma Wave Investigation (PWI) instruments onboard Mio.

Before and after the Venus flyby, observations were performed with the instruments installed onboard BepiColombo. The Mercury Monitoring Cameras (MCAM) mounted on the Mercury Transfer Module (MTM) captured the appearance of Venus during the time of closest approach.