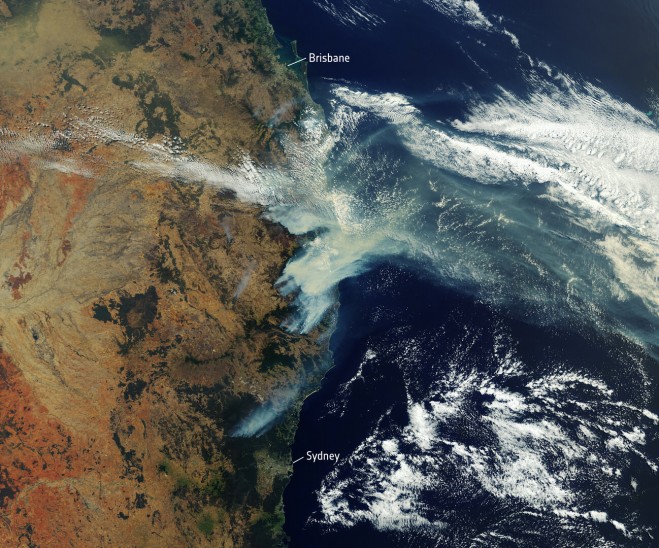 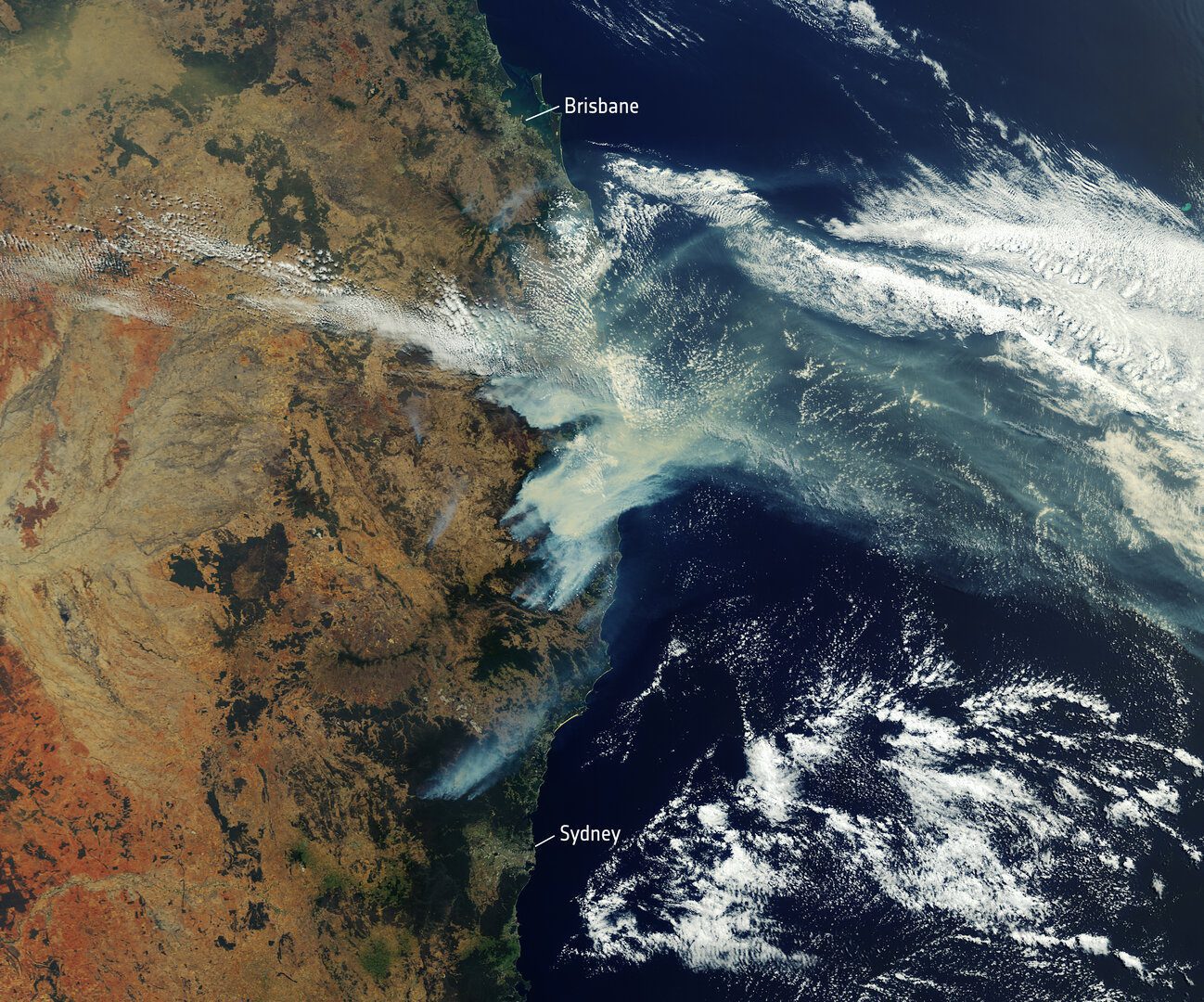 The Copernicus Sentinel-3 mission captured the multiple bushfires burning across Australia’s east coast. Around 150 fires are still burning in New South Wales and Queensland, with hot and dry conditions accompanied with strong winds, said to be spreading the fires.

In this image, captured on Nov. 12, 2019, the fires burning near the coast are visible. Plumes of smoke can be seen drifting east over the Tasman Sea. Hazardous air quality owing to the smoke haze has reached the cities of Sydney and Brisbane and is affecting residents, the Australian Environmental Department has warned.

Hundreds of homes have been damaged or destroyed, and many residents evacuated. Flame retardant was dropped in some of Sydney’s suburbs as bushfires approached the city center. Firefighters continue to keep the blazes under control.

The Copernicus Emergency Mapping Service was activated to help respond to the fires. The service uses satellite observations to help civil protection authorities and, in cases of disaster, the international humanitarian community, respond to emergencies.

Quantifying and monitoring fires is fundamental for the ongoing study of climate, as they have a significant impact on global atmospheric emissions. Data from the Copernicus Sentinel-3 World Fire Atlas shows that there were almost five times as many wildfires in August 2019 compared to August 2018.