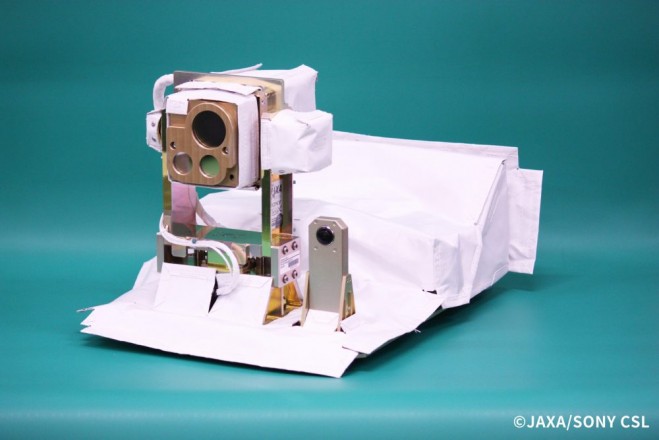 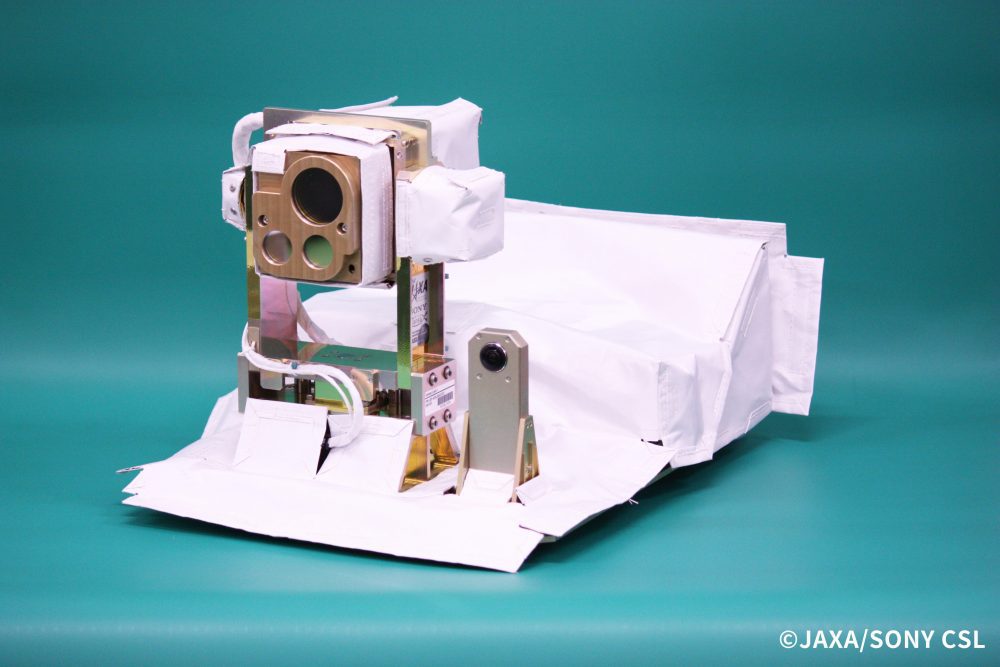 The Japan Aerospace Exploration Agency (JAXA) and Ricoh Company announced on Aug. 28, 2019, that they jointly developed a spherical camera that can be used in outer space (outside the spacecraft) to capture 360-degree spherical images in a single shot.

This camera will be used to monitor the operation of the biaxial gimbal of the SOLISS (Small Optical Link for International Space Station)*1. It will be carried aboard the H-II Transfer Vehicle (HTV8) “KOUNOTORI-8,” the cargo transporter to the International Space Station (ISS), which is scheduled for launch on Sept. 11, 2019. It will shoot spherical pictures and videos from the Exposed Facility of the Japanese Experiment Module (JEM) “Kibo” and send them to ground stations. This camera was developed from a consumer product, and is the world’s smallest 360-degree camera that can be used in outer space. In addition, it is the first time that this 360-degree camera based on a consumer product from a Japanese company will take spherical images in outer space.