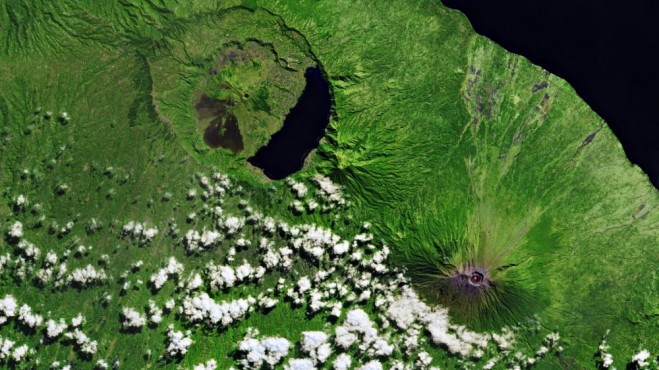 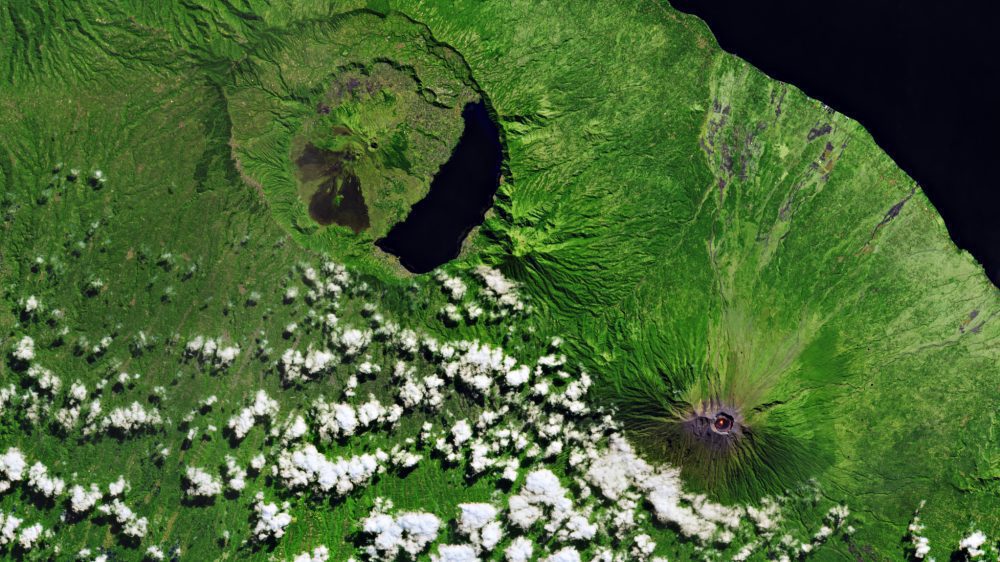 This image of Mount Agung on the Indonesian island of Bali was captured on July 2, 2018, by the Copernicus Sentinel-2 mission. After being dormant for 50 years, Mount Agung erupted in November 2017. It has continued to erupt on and off since then—a bright orange spot can be seen in the volcano’s crater. Recent research provides evidence that Agung and the neighbouring Batur volcano, visible northwest of Agung, may have a connected magma plumbing system.