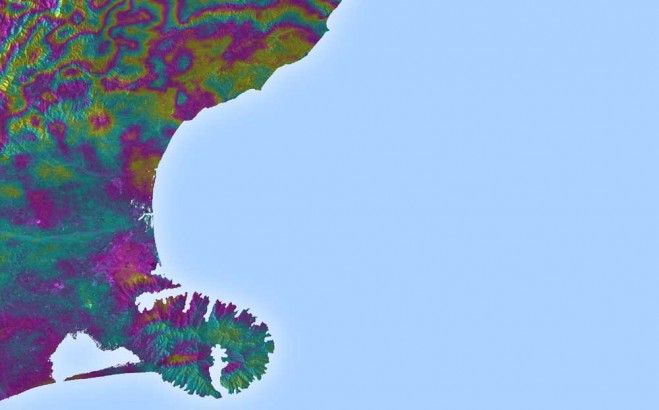 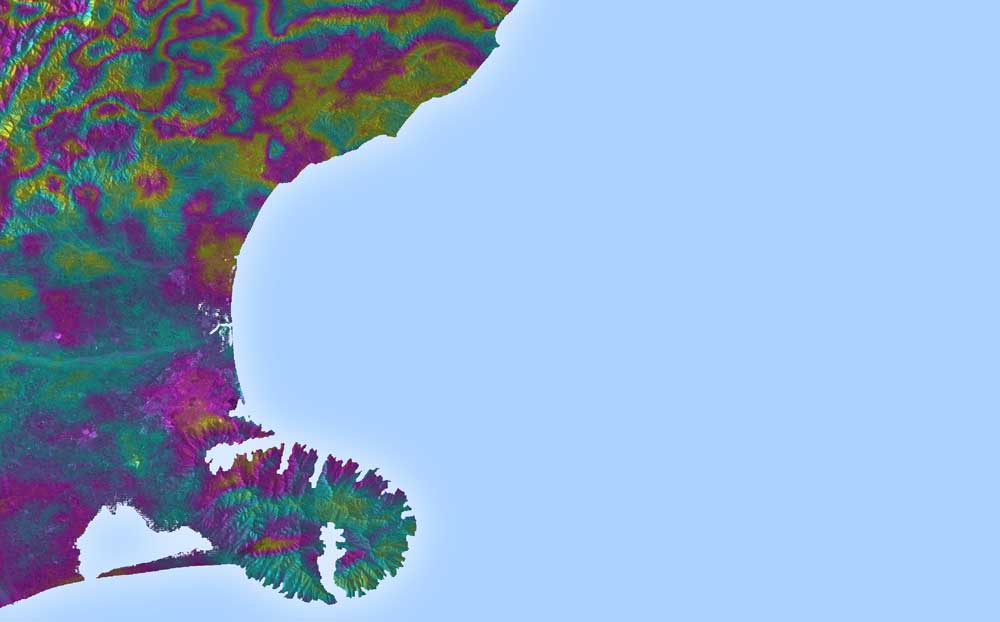 Satellite radar scans of the 7.8-magnitude Nov. 14, 2016, earthquake in New Zealand are changing the way scientists think about earthquake hazards in regions where Earth’s tectonic plates meet. The quake struck near the town of Kaikoura and was one of the most comprehensively recorded earthquakes in history.

Scientists from New Zealand, the United Kingdom and the United States studied radar images from the European Space Agency (ESA) Copernicus Sentinel-1 and Japanese ALOS-2 missions to measure the extent of the land movement. They found that the quake caused the ground to rise by 8-10 meters and offset features such as roads that crossed the fault by up to 12 meters. This caused large landslides and triggered a tsunami.

Satellite radar scans from before and after the quake showed that the ground-based seismic readings, which are based on shockwaves rippling through Earth, were not giving accurate assessments of where the ruptures were occurring. Although seismic readings are the fastest way to gather information on earthquakes, they’re unable to show details of complex quakes such as Kaikoura.

But radar satellites can detect millimeter-sized ground movements across wide areas, providing a detailed picture of land deformation and the locations of fault lines. In the case of Kaikoura, it showed that ruptures took place across many separate faults. The complexity and large amount of uplift point toward how mountains in regions such as New Zealand could build rapidly.

“We’ve never seen anything like the Kaikoura quake before—it was one of the most complex ever recorded,” said Professor Tim Wright, study co-author and director of the Centre for the Observation and Modelling of Earthquakes, Volcanoes and Tectonics at the University of Leeds. “An earthquake commonly ruptures across a single fault line or faults that are closely grouped, but Kaikoura ruptured at least 12 major crustal faults across two distinct active fault domains. This challenges many assumptions about how individual faults control earthquake ruptures.” 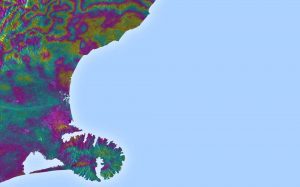 A 7.8-magnitude earthquake struck New Zealand’s South Island near the town of Kaikoura on Nov. 14, 2016. Sentinel-1 radar data from before and after the quake were combined to create this interferogram. Contours are 2.8 centimeters of ground motion. (Credit: Contains modified Copernicus Sentinel data (2016), processed by J. Elliott, COMET)