NE-SAC designed and assembled several UASs, including a hex copter that can carry up to 2.5 kilograms of different sensors such as thermal, multispectral, optical, hyperspectral and LiDAR. The centre also has a ready-to-fly quad copter with an integrated optical sensor, which can capture high-resolution geotagged aerial photos and high-definition videos, and NE-SAC recently added a fixed-wing UAS. 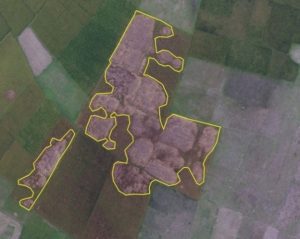