The Indian Space Research Organisation’s Space Application Centre (Ahmedabad) has developed optical and microwave payloads, that has improved the optical observation capacity from 35 metres to 60 cm, over a period of two decades, said director Tapan... 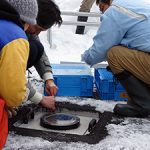 Demonstration tests on snow and ice monitoring sensors, led by the Japan Aerospace Exploration Agency (JAXA), have begun at Kitami Institute of Technology (Kitami, Hokkaido). For the tests, researchers have created outdoor, underground installations of the sensors... 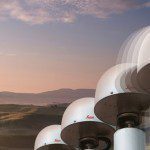 India Sensors Market to Grow at Over 20% Through 2020, Says TechSci Research

Nov. 20, 2014—Optech is pleased to announce that it will attend the Asia Geospatial Forum 2014 being held from November 25 to 27 in Jakarta, Indonesia. At the forum, Optech will be showcasing several new technologies, plus...

The Open Geospatial Consortium (OGC®) invites you to attend the inaugural Location Powers Summit (www.locationpowers.net) on

Smart mapping technology will play a vital role in moving Australia’s environmental monitoring into the realms of science fiction, according to one of the world’s leading micro-sensing technology experts.

Australian space scientists will no longer need to go offshore to build satellites, following the completion of the Advanced Instrumentation and Technology Centre (AITC) at The Australian National University.