Hexagon CEO Ola Rollen honored New Zealand Police for its visionary use of Intergraph technology in protecting and serving the citizens of New Zealand, recognizing them as part of the inaugural Hexagon Shaping Change Recognition...

Trimble (NASDAQ: TRMB) announced today that its Enterprise Forest Management™ software has been implemented by City Forests Ltd, based in Dunedin, New Zealand.

Long-established Hawke's Bay company NZ Aerial Mapping says it will remain in the region despite a decision to move some parts of its business to Auckland and sell its Hastings Aerodrome headquarters. The aerial photography and mapping... 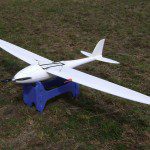 The New Zealand surveying firm Beasley & Burgess purchased a Hawkeye unmanned aerial vehicle (UAV) in 2013 for mapping and aerial photography. The UAV that is designed and built in New Zealand is a fixed wing  aircraft...

New Zealand Planners Grapple with Land Use and Water Quality

Planners from around New Zealand will address critical issues which pose a real threat to this country’s 100% Pure positioning, at their national conference in Queenstown next week.

A preliminary operation to survey the sea along Bougainville is underway in preparation for the removal of unexploded ordnance. Two Australian ships are charting the sea floor from Torakina up to Buka, where there was heavy fighting...

The Managing Director of Esri Australia, Brett Bundock announced as plenary speaker at Locate14 Conference on Tuesday 8 April at the National Convention Centre in Canberra.