VIENNA/PRAGUE, Nov. 10, 2014—The International Committee on Global Navigation Satellite Systems (ICG) opened its ninth meeting today at the Prague Headquarters of the European GNSS Agency (GSA) to work on improving coordination among...

China's Beidou navigation satellite system, whose positioning accuracy will reach 2.5meters by 2020, will soon provide services to more countries. The National Administration of Surveying, Mapping and Geoinformation said China willcooperate with several countries, including Mexico, Israel and Sweden, to improveestablishment of the Beidou system and geoinformation database. Read more via People's Daily 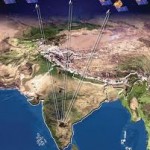 KVH Industries, Inc., (Nasdaq: KVHI) has introduced the 1725 Inertial Measurement Unit (IMU) and the 1775 IMU, advanced sensors designed to be integrated into the most demanding stabilization, pointing, and navigation applications. These two new products complement... 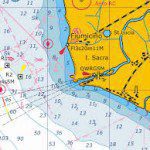 Starting in July 2016, all vessels operating in the Pacific region will need to use electronic navigation charts, spurred by meeting international safety standards. New Zealand is one of many countries investing in this new capacity, spending...

The Hydrographic Department, Royal Thai Navy (HDRTN) is responsible for surveying the navigable waterways of Thailand and producing official nautical products to serve both the Royal Thai Navy and mariners.

The Man Behind the World’s Most Successful Navigation App

Michal Stencl, the 35-year-old chief executive and co-founder of Slovakia's Sygic talks about early programming experience that helped to build a GPS giant, with turnover in 2013 reaching $18m (£10.5m). Sygic has been installed on some 50...

Maritime Market Gets Ready for Galileo

Already an active user of satellite navigation technology – including EGNOS – the maritime sector is warming up for the launch of Galileo Early Services, which will provide even better performance. Europe’s maritime traffic is increasing and,...

China’s Beidou System Gets a Commercial Partner in Alibaba

Many reports in the Chinese media have indicated that Alibaba, China's largest e-commerce site that is on an investment spree, will team with State-owned China North Industries Group to promote the commercial uses of the Beidou navigation...