Int’l Conference on ‘Mapping Education in the 21st Century’ Underway

A three-day international conference on "Mapping Education in the 21st Century" is continuing in Islamabad. Read More at Radio Pakistan

Nintendo's smash hit Pokemon GO is likely to face hurdles in South Korea, where Google mapping functions are restricted due to security issues with North Korea - though some fans are already trekking out to one remote... 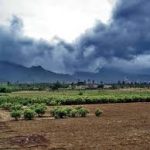 For consumer internet companies promising to deliver a product or service at your doorstep in time, relying on existing maps isn't enough. Shadma Shaikh and Payal Ganguly take a look at how these companies have built hacks...

Illegal mapping has become a “serious” problem in remote areas of western China, the National Administration of Surveying, Mapping and Geoinformation (NASG) announced in its annual report. Read More at Yibada

NEW DELHI  – Rejecting Pakistan’s objection to a controversial draft bill on the regulation of Indian maps of its territory, including maps of the disputed territory of Jammu & Kashmir, an Indian minister said that it is...

Tim Cook in India: Hyderabad to be Apple’s Mapping Destination

iPhone-maker Apple is expected to announce its first facility in India at Hyderabad on May 19. Read More at Hindustan Times

Google parent Alphabet Inc. is challenging the South Korean government over restrictions to its mapping services in the country, which renders some maps less informative than those for North Korea. Read More at Wall Street Journal