Feb. 19, 2015—Locate15 and Destination Spatial look forward to welcoming students, teachers and those passionate about Science, Technology, Engineering and Mathematics to the Exhibition Open Day on 10 March 2015 at the Brisbane Convention and Exhibition Centre 10am to...

Locate15 is the premier national spatial information conference and exhibition in Australia and New Zealand bringing together industry, government and academia 10-12 March 2015 at the Brisbane Convention and Exhibition Centre forum to discuss location-based innovation. The Conference is...

On WednesdayGIS People hosted Australia’s largest GIS conference for this year – Brisbane GIS Day. With so much to see and do, visitors started arriving at QUT even before 9am, when the day officially...

With only a few days to go until GIS Day 2014, Brisbane is gearing up for the largest, most exciting geospatial event of the year!

GIS People has announced that HERE, international mapping and location intelligence leaders, have come on board to sponsor the Brisbane GIS Day 2014 Map App Hack. 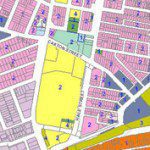 Brisbane’s New City Plan Proves a Model for Others

Brisbane has recently undertaken the Brisbane City Plan 2014, and it's being looked to as a model for other cities in Australia and abroad. The new plan includes multiple hubs and transportation nodes, with new development around...

Although the number of fire ant nests in south east Queensland is decreasing, their geographic range has increased. New remote-sensing technologies using airborne cameras, which cover large areas in a fraction of the time taken by conventional...

Last year’s event saw a high-tech laser show; an ex-FBI agent reveal how GIS has solved some of the world’s most grisly crimes; and an army of 500 GIS professionals in the audience. This year, Ozri 2013...