Supergeo to Release SuperSurv 3.1a for Improved Data Collection for Android Devices

Supergeo Technologies announced that Android-powered SuperSurv 3.1a will be released with the enhanced connection of SuperGIS Server 3.1a services.

Gexcel Srl has released Apps allowing visualization and measurements of 3D SolidImages from the gexcel R3...

The Newest Android-powered Mobile Survey GIS SuperSurv 3.1 to Be Launched

SuperGeo Technologies announced that SuperSurv 3.1, the mobile survey GIS, will be launched at the end of 2012. SuperSurv 3.1 supports vector layer file such as GEO and SHP and optimizes the editing functions and enhances... 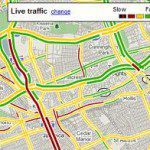 With more than 400 million Android smartphones in use worldwide, that each contain a Google-provided mapping function, the live traffic condition service has gone global. Every time someone uses this function they send anonymous data back to...

SuperSurv is the application designed for field survey with android mobile device. It integrates GIS and GPS technologies, which also supports global coordinate system. Thus, you can collect, display, and manipulate GIS data correctly with SuperSurv.

SuperGIS Mobile Tour 3.0 (for Android), the mobile tour system developed by SuperGeo, has been successfully applied in the Industry-Academy cooperation hosted by the Great Roots Forestry SPA Resort and Chihlee Institute of Technology as the guide...