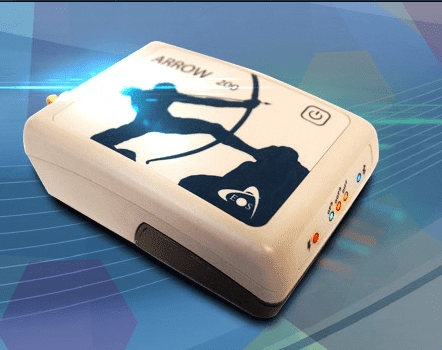 “Eos is proud to introduce the first GNSS receiver that supports the H10 service,” said Chief Technology Officer Jean-Yves Lauture. “It will allow our customers in every country in the world to have access to sub-decimeter real-time accuracy on all mobile platforms, including iOS, Android and Windows devices.”

The Arrow 200 employs long-range (1 km) universal Bluetooth connectivity so the user can interface to any brand of smartphone or tablet, whether it’s iOS, Android or Windows-based. The Arrow 200 has been optimized to run all day on battery power. The battery pack is field-replaceable and rechargeable separately. All Arrow receivers have been designed to meet IP-67 specifications for immersion in water and are completely dust-proof so they will survive in the harshest environments.