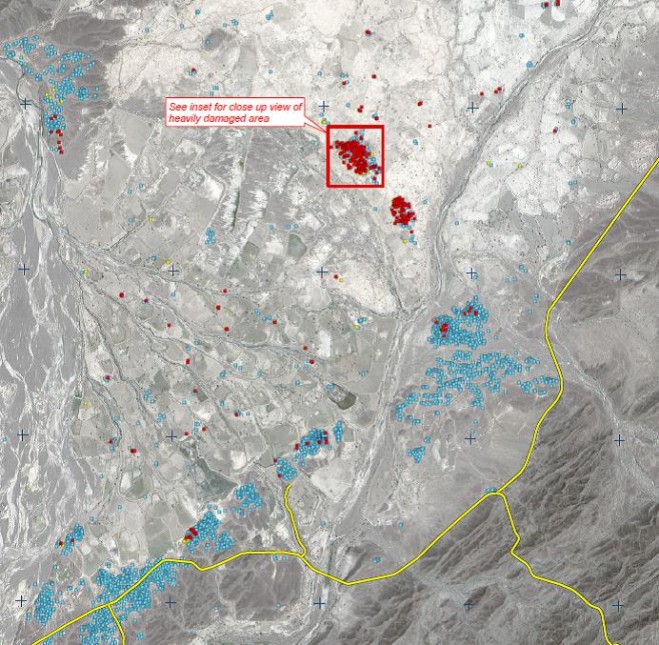 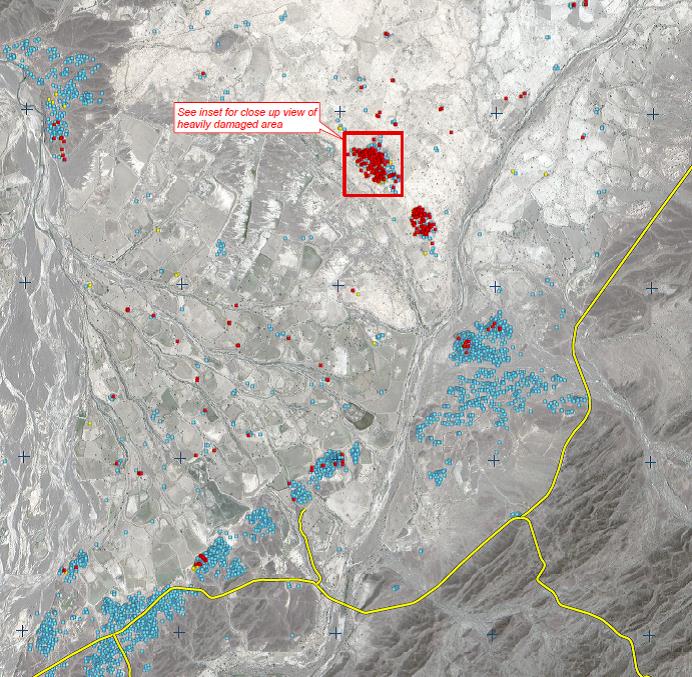 Within one hour from the quake, UNOSAT rapid mapping was requested by UNICEF. On the same day UNOSAT experts also contacted and triggered the International Charter Space and Major Disasters, which provides data support to humanitarian mapping in case of major emergencies in which the UN is involved. The first damage assessments based on satellite analysis were published by UNOSAT already on 26 September. As customary, UNOSAT publishes the results of its humanitarian rapid mapping on the web to facilitate downloading from various humanitarian operators in multiple locations at the same time. This service has been active since 20013 and was recently commended by member states and OCHA in a meeting held in Geneva only hours before the Pakistani earthquake.

Pakistan has been multiple times the theater of large natural disasters in which UNOSAT has been called to assist humanitarians, including in Baluchistan in 2008. Sometimes the role of satellite analysis can be more important than others, like in the case of the 2005 earthquake, when UNOSAT maps allowed rescuers to identify rapidly the position of most affected locations and even plan relief operations using snowfall forecast maps elaborated by UNOSAT with support of WMO weather data.

Ten year after its creation, the International Space Charter continues to confirm its value. This arrangement, started by a few forward looking space agencies in 2003, has become a reliable ally of the UN in facing emergency relief after large disasters. In an evolution from the earlier days, the Charter is now able to provide very-high resolution data from satellites like Pleiades of France and the US commercial satellite World View.