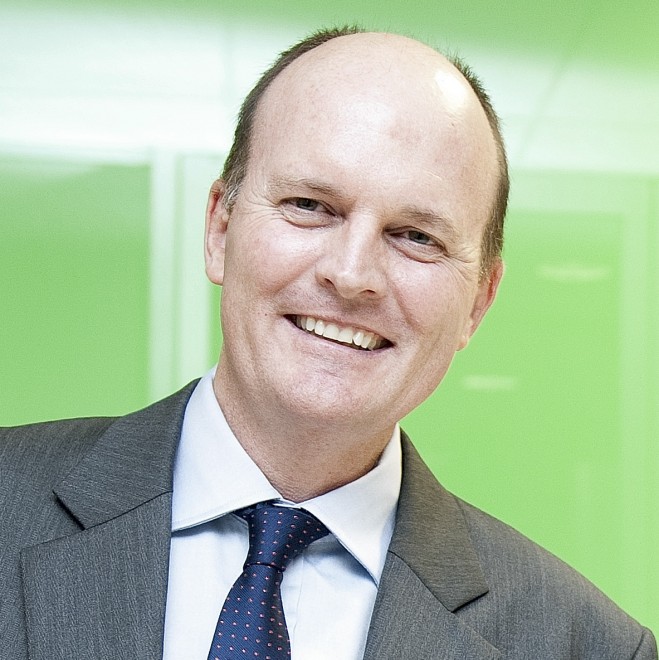 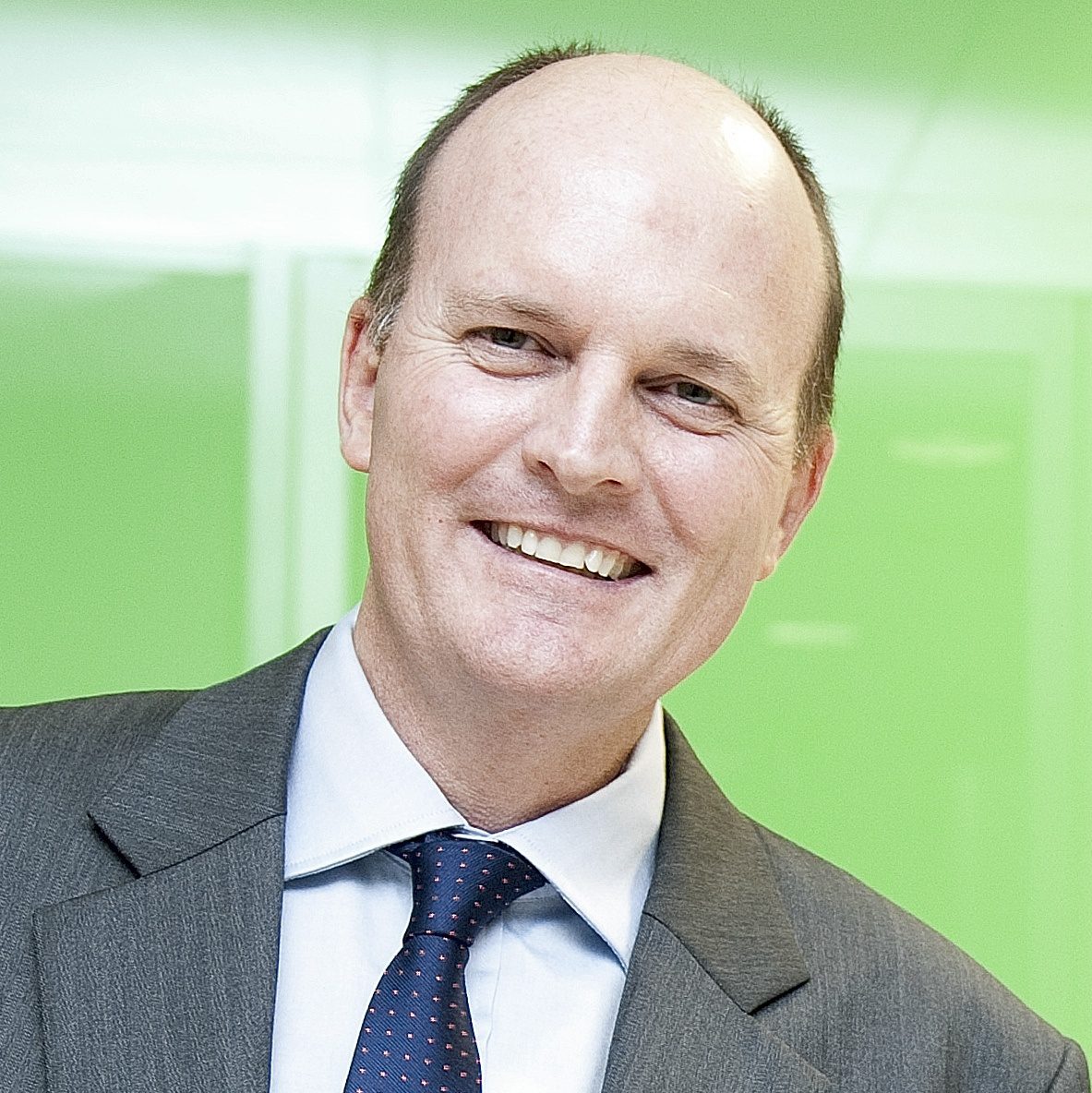 ASM: Bentley has made some nice advancements to point cloud management this year. Is there a growing awareness of how point clouds can assist in project planning and ongoing maintenance?

Taylor: We have seen an increase in the level of interest in exploiting point clouds, but in practical terms, much of this is being done by spatial data services providers as part of their service offering, rather than the end-user institutions. With the release of Bentley Pointools earlier this year, and subsequent improvements for the point cloud workflow, we’re seeing a better understanding by the market that point clouds is a potentially disruptive technology for end-users. It is starting to change how people want to work.

The point cloud isn’t just a data source for elevation data or vegetation mapping; it offers construction professionals considerable potential for added value to the process. Asset data in the form of 3D models often portray an abstraction of reality than a reflection of reality. For example, when you extract detail from a laser scanned point cloud it provides an as-built representation that directly reflects what has been captured by the laser scanning process.

While there’s a huge focus around building information modeling (BIM) at the moment, it tends to be focused on new projects. The reality is that in the urban environment, where the majority of organizations need to address the challenges of rapidly expanding urbanization, the majority of the infrastructure has been built. In many cases, the documentation related to infrastructure isn’t necessarily aligned to what exists now. That’s where point clouds offer a huge advantage to practitioners, in terms of the capture of 3D cityscapes, and the development of point cloud 3D ‘BIM’ through the use of laser scans of the building exterior and interior features.

ASM: The pace and level of urban development in Southeast Asia must make it a good place to promote this new approach. The region also seems to be a hotbed for integration of sensors and systems for the built environment, moving toward smart cities.

Taylor: I’ve been with Bentley for two years, and in that time I’ve seen a resurgent interest in the delivery of 3D city models to support planning and infrastructure development. The other thing that I’m seeing – in both the mature and emerging economies in Southeast Asia – is interest in creating 3D cadastres to address space allocation in the urban environment. Quite a few countries have historical challenges, for example where the cadastre records may have been destroyed, and where they are starting anew. In other countries, where they may have a very good two-dimensional cadastre, they are also investigating the challenges of 3D space allocation at ground level, above and below ground level.

That’s interesting, particularly for me as a geographer, because an effective cadastre is the foundation of an economy. The fact that there is recognition that cadastres need to be managed in three-dimensional space is an interesting outcome of the growth in urban development and the challenges that face urban master planners.

ASM: Do you think that the move toward a 3D cadastre will bring with it a greater interest in a detailed 3D model for both visualization and queries?

Taylor: I think the visual aspects of a 3D cadastre will be quite important. We are already used to visualizing 2D cadastres, they just happen to be in plan. The 3D cadastre is a challenging one, because not only does it determine who does what where, it also determines who has property rights in 3D space. Therefore a representation of 3D cadastral space is required.

This is because there needs to be a clear understanding about where land or space use demarcations and allocations lie. That poses its own set of challenges because infrastructure professionals will need to appreciate the three dimensional and physical space that infrastructure occupies in the context of other 3D parcels and as-built infrastructure, rather than just the 2D space that the cadastres currently represent.

The designer has to be cognizant of exactly where the infrastructure is going to be, because there may be physical limitations. An example might be around the allocation of land use space for underground metro systems or above-ground monorails which may intersect multiuse developments, where dimensionality may restrict the construction options and the physical dimensions.

ASM: I’ve seen some cities, where views are protected by cones and corridors, but not a great way to incorporate that into their systems and software.

Taylor: If you look at a lot of municipality planning guidelines, there are details on the maximum permitted height or number of floors in buildings, and this can be a challenge in terms of viewscape protection. Representations in 2D space tend to treat the ground as level, but in most urban environments the ground isn’t level. That has impact on the actual viewscape and subsequent visualization and interpretation of the guidelines.

The three dimensionality offered by GIS allows you to visually represent the physical dimensions of planning and building codes into the spatial environment to enable a comparison between what is submitted and what is encoded in the regulations. It is straightforward to build three dimensional representations of guidelines for the allowed height, and then to compare the plan to the guidelines, while taking into account the true ground level heights.

The 3D visualization requirements are becoming easier to address in order to explore how objects look, and relate to other objects in the location where it is intended to be built. The potential for simulation and modeling of our environment long before things are built is one of the key advantages and benefits around 3D GIS. I know the technology has been around a long time, but the convergence of sensor technology, data and 3D spatial solutions has never made these capabilities more accessible than it is now.

To go back to the point cloud for a moment, now that we can acquire cityscapes relatively rapidly with combinations of LiDAR and high oblique imagery, you can quickly build very realistic models of cityscapes in terms of the as-built infrastructure. This enables access to a fantastic 3D infrastructure baseline to inform and support subsequent planning and modeling.

ASM: We were talking about the cadastral projects, and I’m wondering if Bentley ProjectWise is involved in the mix.

Many enterprises still don’t have a geospatial repository. Some spatial information doesn’t easily lend itself to being accommodated in a database, because of its file size. LiDAR or laser scanning point clouds is one such data type that presents challenges in a spatial database.

With ProjectWise, we are seeing a huge amount of interest in organizations that need to manage spatial data and information where the engineering and GIS data are typically in different data silos. Organizations recognize that they need to have an increased mobility of data between systems and processes, and therefore an increased awareness of the spatial data that exists in different systems. ProjectWise Geospatial Server offers at a federated level, the ability to search for and discover a variety of spatial data, including GIS, CAD, imagery, terrain and point clouds as well XIF tagged images and spatially tagged documents. At present, that’s still a challenge that is unresolved for many organizations.

Often, organizations will have well developed manual processes for tracking and managing data, with understanding of what data covers what. However, there are a lot of organizations, with less effective mechanisms for data discovery because the business has developed as a result of mergers and acquisitions. We see this frequently in local government, when different councils are merged to form a ‘super’ council. Typically, the resultant organization faces the challenges of technology rationalization, where there may be a variety of GIS systems and a range of data that evolved from these different technologies. These organizations often struggle to understand the extent of what they have in terms of data, and how to determine which sets of data are the most relevant to the business going forward. Solving that challenge is an area where ProjectWise is very useful.

ProjectWise is also unique in its ability to support point cloud streaming to multiple application environments, which addresses one of the challenges of using this data. Point cloud data is fantastic as a representation of the physical environment, but it does come with file size overhead, that can lead to poor data management practices.

Anecdotally, I’ve heard of organisations that are regularly working with large point cloud data, where because of network limitations, they’re restricted to moving these data files between different workstations using external hard drives. That flies in the face of standard data management practice, and controlling the version management and access to the current authoritative source. ProjectWise’s ability to manage point cloud data centrally, and deliver it to a multi-user environment through point cloud streaming, is a great step forward in how we can start to make more use of point clouds in the enterprise workflow.

ASM: I was impressed with how quickly the Pointools Engine came on the market after the acquisition.

By having the Pointools Vortex Engine in our core desktop products, the community can work with large and very detailed point cloud data as part of the normal workflow, and importantly that leads to greater efficiency and improved ROI in terms of the investment in point cloud data.