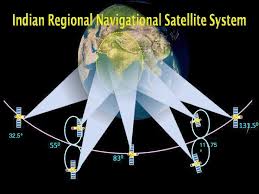 The Indian Regional Navigation Satellite System (IRNSS) is being readied for operation to provide location information across the country by July of 2016. The constellation of seven satellites will provide high accuracy that is said to be better than GPS.

After the third IRNSS-1D satellite reached orbit in March 2015, the minimum satellite requirement for the system was met. The additional satellites launched later this world will greatly improve availability of both an S and L-band signal from the constellation.