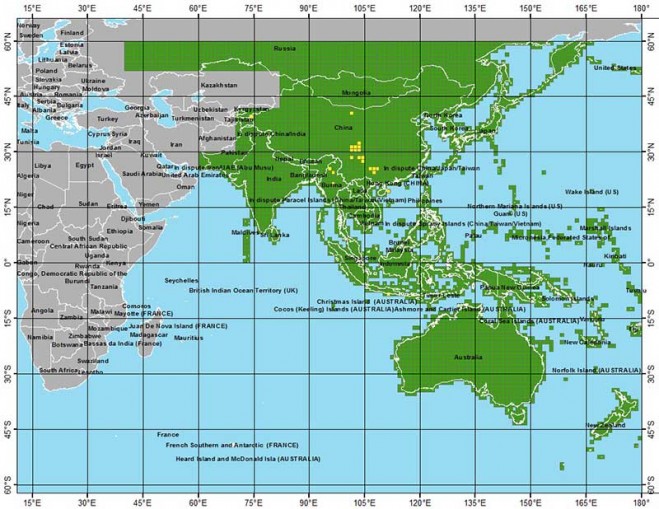 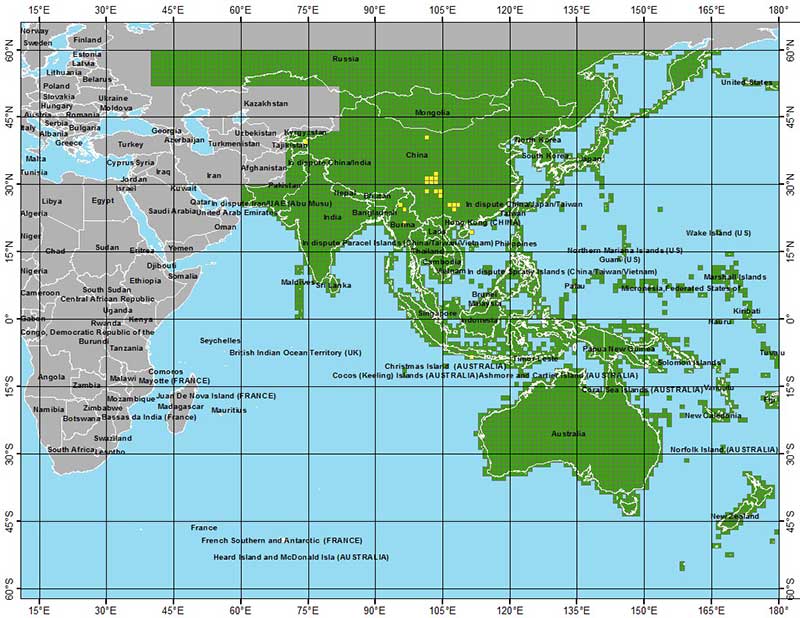 Similar data were previously released by USGS for most of Africa (in September 2014) and the Western Hemisphere (December).

The data are being released following the President’s commitment at the United Nations to provide assistance for global efforts to combat climate change. The broad availability of more detailed elevation data across the globe through the Shuttle Radar Topography Mission (SRTM) will improve baseline information that is crucial to investigating the impacts of climate change on specific regions and communities.

“We are pleased to offer improved elevation data to scientists, educators, and students worldwide. It’s free to whomever can use it,” said Suzette Kimball, acting USGS Director, at the initial release of SRTM30 data for Africa in September. “Elevation, the third dimension of maps, is critical in understanding so many aspects of how nature works. Easy access to reliable data like this advances the mutual understanding of environmental challenges by citizens, researchers, and decision makers around the globe.”

The SRTM30 datasets resolve to 30-meters and can be used worldwide to improve environmental monitoring, advance climate change research, and promote local decision support. The previous global resolution for this data was 90-meters.

SRTM30 elevation data are increasingly being used to supplement other satellite imagery. In India, for example, SRTM30 elevation data can be used to track changes to the Gangotri Glacier, a major source of water for the Ganges River. Changes to this glacier, which has retreated 345 meters over the past 25 years, directly affect the water resources for hundreds of millions of people on the Indian subcontinent.

The National Aeronautics and Space Administration (NASA) and the National Geospatial-Intelligence Agency (NGA) worked collaboratively to produce the enhanced SRTM data, which have been extensively reviewed by relevant government agencies and deemed suitable for public release. SRTM flew aboard the Space Shuttle Endeavour in February 2000, mapping Earth’s topography between 56 degrees south and 60 degrees north of the equator. During the 11-day mission, SRTM used imaging radar to map the surface of Earth numerous times from different perspectives.

The USGS, a bureau of the U.S. Department of the Interior, distributes SRTM30 data free of charge via its user-friendly Earth Explorer website. NASA also distributes SRTM data versions through the Land Processes Distributed Active Archive Center (LPDAAC) operated by USGS along with descriptions of the various versions and processing options.

Enhanced 30-meter resolution SRTM data for the remainder of the globe (at less than 60 deg. latitude) are scheduled to be released in the last of four releases in August 2015.