November 7th, 2014
Keith Bentley on Where We’ve Come from and Where We’re Going 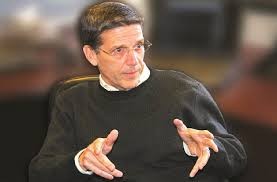 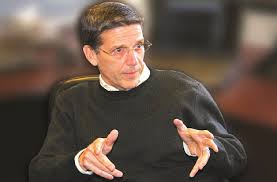 Hardware changes drove software, and then software drives hardware advancement, and the cycle repeats. We don’t have a meeting and say that we should have a new wave, they only become apparent looking back. There are also overlapping waves. Software engineers make tradeoffs on the design, and they occur when it is created, which means that software needs to be restarted with each wave.

In retrospect, the objective for CAD was easy, the goal was to replicate what was created on paper. It has evolved over time toward computer aided design, with a focus on design. With the advent of BIM, it’s an evolution from design to process, which is very different than the initial goal and objectives of the software.

There are many hardware issues that are advancing and converging:

With the sum of this hardware we have the advent of several software advancements:

The way to think differently is to think the same. With the start of CAD, the problem was addressed by offering a data model and offering ways to query that data model. Keith Bentley says we need to think how the business world thinks about model information. We need to make ways that the physical and virtual thing look the same — the modeled world and the physical world — to understand it and infer information. You don’t want to think of the boundaries. The real world changes all the time, and we need to fuse the two so that we can better understand our projects.

Keith Bentley feels that we’re at the start of a big wave, and that everything has to be connected. It won’t happen overnight. It will be taken in steps toward where we need to go, but we’ll all need to work together to realize the potential.