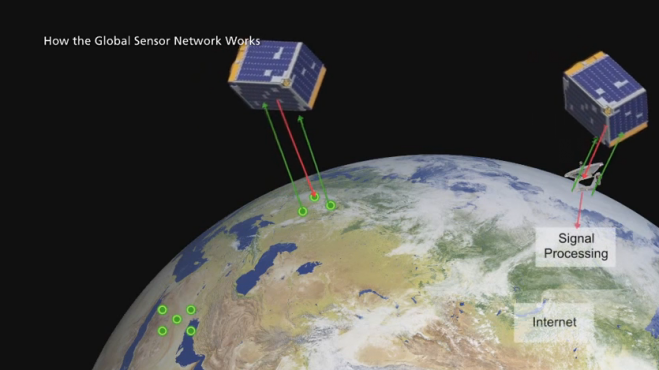 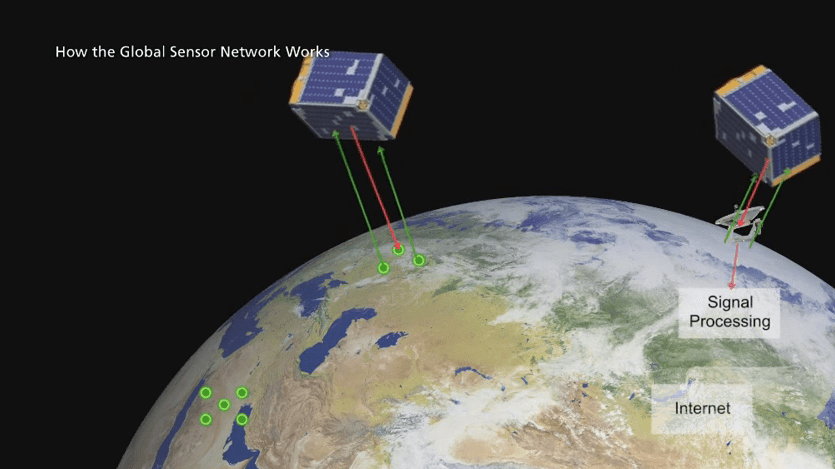 Sensors attached to pipelines, for example, would instantly detect leaks and breakages and communicate their exact location to authorities.

Climate change-driven movements in sea ice, increases in meltwater and changes in seepage could all be detected no matter where they occurred. The heights of lakes and rivers could be tracked daily during drought or flood, and the system could even provide a way to monitor the health of far distant forests.

The Global Sensor Network technology is the brainchild of the University of South Australia, and involves a unique international collaboration between Canadian and Australian researchers. Technology developed by researchers at the Institute for Telecommunications Research at the University of South Australia (ITR) has been field tested in collaboration with space hardware company COM DEV and vessel tracking organisation exactEarth.

The system concept was demonstrated in 2013, when COM DEV and exactEarth provided technical support and access to their satellite and ground system for trials of the GSN conducted in South Australia.

Several months later, ITR researchers travelled to Canada to collaborate with COM DEV and exactEarth to conduct a trial for the University of Waterloo, Ontario to see how the system would perform in the real world.

The Global Sensor Network connects low orbit satellites with thousands of remote, low cost sensors through some very clever software and system design elements. Developers say it provides a solution to the problem of expensive satellite monitoring in remote areas.

ITR Acting Director Mr Jeff Kasparian will present the GSN at the 65th International Astronautical Congress in Toronto at the end of September.

He said Australia’s challenge in managing huge areas of resource-rich yet often inaccessible and remote land and water, where monitoring technology is extremely expensive was the impetus for the technology.

Although satellite coverage is available, it is expensive and unsuitable for many purposes. By contrast, Mr Kasparian said the GSN operates much more efficiently using advanced techniques and architectures, significantly lowering the cost per unit of each measurement taken and transmitted.