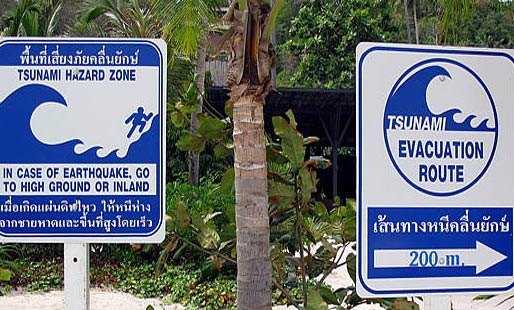 “The terrible images of the 2004 tsunami are still fresh in our memories. Ten years later, this new warning exercise demonstrates that the efforts of the Indian Ocean Rim countries to be better prepared for such disasters are bearing fruit,” said Irina Bokova, Director-General of the UN Educational, Scientific and Cultural Organization (UNESCO).

The warning system, established under the auspices of the Intergovernmental Oceanographic Commission of UNESCO, “is a major achievement of global scientific cooperation that can help to save lives,” declared Ms. Bokova.

The simulation exercise was conducted on 9 and 10 September, with the participation of 24 countries of the Indian Ocean Rim. According to the preliminary results of the simulated alert, all of the participating countries received timely tsunami advisory messages, and no delays were reported.

UNESCO says that several countries also chose to involve the general public in the exercise, including India, Mauritius and the Seychelles, where evacuation exercises were conducted in coastal areas. Tourists and personnel were evacuated from a hotel in Mauritius.

A full evaluation report of the exercise will be published in November 2014.

“The Indian Ocean tsunami warning system is the result of significant international collaboration and contributions from countries all around the Indian Ocean in response to the devastating tsunami of December 2004,” said Rick Bailey, Chair of the Intergovernmental Coordination Group of the Indian Ocean Tsunami Warning and Mitigation System.

He added that countries now need to sustain the warning system, community education and response capability that have been developed across the Indian Ocean. “Countries must remain alert and prepared against the ever present tsunami threat,” he said.