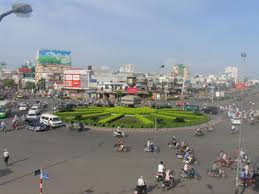 Authorities of central Thua Thien-Hue province are involved in this effort. Chairman of the provincial People’s Committee Nguyen Van Cao on July 23 had a working session with representatives from the Asia Development Bank (ADB) and the Ministry of Land, Infrastructure and Transport of the Republic of Korea to discuss financial and technical cooperation in the project.

As part of the ADB-funded “Green Cities: A Sustainable Future in Southeast Asia” initiative , the project is to upgrade the transport system in the city, improving environment for economic development and raising living standards.

The project, began in late July. So far, plans include car parks in Dai Noi for the Royal Palace, and the use of non-motorised vehicles. Surveys on public transport and travel demand are underway.