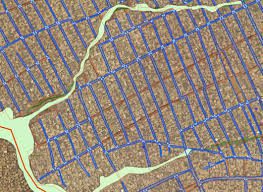 Three water network projects highlighted at the Be Inspired Awards ceremony, held during Bentley Systems’ Year in Infrastructure 2013 Conference, held in London, show that cutting edge technology does have a role to play in relatively underdeveloped regions. Specifically, Bentley’s water distribution modeling application WaterGEMS, along with other analytical software, has been successfully used to analyze relatively unsophisticated water systems, and to discover and design improvements and fixes to these systems that can have dramatic, measurable impacts on rural and developing communities.

Put another way, comparatively modest investments in software and expertise have been shown to make big, positive changes in the operation of existing networks, without the need for big new investments in structure. It’s a trend that’s improving life for hundreds of thousands all over the world.

Maynilad recognized that total pipe replacement was the best solution. But initial cost estimates for total replacement came to $1,741,410, well beyond what could be spent in the region.

In search of alternatives, Maynilad performed pressure profiling to try to locate the exact spot where pressure dropped—but this didn’t help; pressure seemed to start dropping within 30 meters of the DMA source and then dropped off continuously. Likewise, leak detection was unhelpful because the thick pavement over the network, and co-trenched drainage lines, defied sounding and other leak detection methods. Even so, hundreds of small leaks were found and repaired… with little effect on the pressure problem.

Finally, Maynilad used WaterGEMS and its Darwin Calibrator tool to build a hydraulic model of the existing network. Using minimal data inputs, the model was able to identify the most likely locations for major leaks. Using this information, Maynilad soon found a 6-meter-long section of 200 millimeter ACP that was completely collapsed and shunting water directly into drainage pipes. After repairing this section, network pressure immediately rose to acceptable levels and non-revenue water amounts dropped dramatically. Billed water volumes also went up in the area.

Maynilad puts the total cost of this repair at about $1,100, less than 1 percent of total pipe replacement. Also, the repair took two days, versus about five months. “Using Bentley Systems’ sophisticated tools to address this difficult hydraulic modeling program literally saved us millions of dollars,” Ronquillo says. “We were able to raise service quality to acceptable levels, and reasonably defer a major network rehabilitation.”
This project won Bentley’s 2013 Be Inspired Award in the “Innovation in Water, Wastewater, and Stormwater Network Modeling and Analysis” category.

Australia’s Power and Water Corporation (PWC) is a government-owned corporation that provides electricity, water and sewerage services across the Northern Territory, an area of more than 1.3 million square kilometers… and just 80,000 customers. The services are provided to urban centers and 72 remote communities.

Surprisingly, for such an arid region, it’s not water supply, as such, that keeps PWC network administrators up at night. It’s the cost of power consumed by pumping in rural areas. Due to the reliance on diesel-powered generators, the cost of power production varies between 30 and 50 cents per kilowatt-hour… that’s five times the cost of electricity generation in urban centers. In 2012, 30 million liters of diesel fuel was consumed in producing electricity for remote communities. To reduce the burden on rural areas and, not incidentally, to reduce carbon emissions, PWC is committed to using diesel pumps in its network as efficiently as possible.

Efficiency in this area can have a big impact; in Australia’s rural communities water pumping consumes, on average, a total of four percent of the total power production, with some communities using as much as 14 percent of total power for this purpose. Annual savings per small community can add up to hundreds of thousands of dollars.

PWC is using smart water meters and WaterGEMS, two progressive technologies, to address this challenge. The smart meters have been installed in several remote communities to gain a better understanding of water consumption—they’re set to take readings every 15 minutes and transmit data automatically. This gives PWC analysts accurate hourly demand patterns, and enable the modeling, with WaterGEMS, of pumping regimes. The Scenario Energy Cost tool in WaterGEMS was used to determine the pump usage, which includes the amount of hours used, volume of water pumped, pump efficiency, energy usage, carbon emissions and the energy use cost. Without these tools, PWC would have to send staff to a remote site for observations and then do the analysis with spreadsheets, making optimization scenarios tedious and costly.

To facilitate modeling, some information had to be determined and entered into the ‘Unit Carbon Emissions’ and the ‘Energy Pricing.’ Based on a diesel generator with an efficiency of 36.5 percent, the carbon dioxide emission factor is 0.84 kg/kWh. This value changes from community to community, as different generators have different efficiencies. Energy pricing was determined depending on the time of day—off peak (lower cost) times are between 10pm and 6am and peak times are between 6am and 10pm. This tool allowed PWC to determine the current operating costs of the pumps throughout the community. Darwin Scheduler (another WaterGEMS tool) applied genetic algorithm optimization to control selected pumps during an extended period simulation. Each pump and its operating parameters were included in the model to facilitate pump schedule optimization.

There were yet more complicating factors, which had to be modeled and optimized. For example, tank levels had to be accounted for, since some tanks had to be kept above a certain level in order to provide reliable water supply during pump outages. Still, using WaterGEMS and several of its associated tools, including Energy Management and Darwin Scheduler, PWC was able to create 30-day optimized pumping scenarios that made a big difference for their rural client. Even though the water modeling of some of the 72 communities has not started, it was estimated that by optimizing the water system pumping, an energy savings of between 15 and 25 percent could be achieved, which would save between AUD 100,000 and 300,000 per year. . The reduced cost of supervising remote facilities is also a big savings. In a small town, this is really a large amount, and the savings can be applied directly to water infrastructure improvement.

In the Shire of Colac Otway, a local government area in Victoria, Australia, the problem really was water, and not just non-revenue water. To keep the shire supplied with adequate water in the face of rising population levels, Barwon Region Water Corporation (Barwon Water) needed to identify a viable new source of about 1,000 megaliters of water annually. Early in the process, pumping water from the Wurdee Boluc Channel was identified as the best source… but that choice came with multiple challenges:

And, well… etc.—even without the above specific challenges, the new pipeline’s designers faced all the challenges of building a long pipeline in rough country, while meeting the needs of Colac Shire and the Wurdee Boluc Channel’s existing customers.

Modeling was desirable, but difficult. In a description of the project, Barwon Water designers said that, “This project is unique since it involves optimizing system yield and optimizing design and operating rules. It involves both hydrological and hydraulic models. This project has many constraints, including both hydraulic factors and system uncertainties such as demand, rainfall, water availability, climate, etc.—all of these constraints needed to be taken into account in the optimization.”

To address the hydrologic and hydraulic constraints, designers employed two major pieces of design software: Bentley’s WaterGEMS was used to optimize the operational strategy and eWater Source (a modeling platform developed by the Australian government) was used to calculate long-term system yields.

In practice, eWater Source was used to maximize the yield and identify the timing of proposed water supply augmentation. Source is intended to ‘… take a holistic approach to water management including human and ecological impacts. This includes integrating policy, addressing water savings and sharing for a whole river and connected groundwater systems including cities, agricultural, and environmental demands.’

With these larger issues addressed in a quantifiable way, WaterGEMS, along with several of its modules—Scenario Energy Cost, Combination Pump Curve, and Energy Management—was then used to optimize pump sizes and pump curve combinations.

Barwon Water estimates that decisions made in the modeling and design phases yielded a capital investment savings of $3 million, and annual operational savings of $20,000. The system as designed also generates substantially smaller amounts of greenhouse gases than initial projections.

The three examples cited—rural pumping optimization, analysis of badly aging infrastructure, and design of a major new water source—differ quite a bit in aims, resources, and condition of physical infrastructure. Yet the method applied in each case is similar; sophisticated modeling was used to analyze the challenges presented by the various systems, and model-optimized design lowered the capital costs of new structure and ongoing operating costs, all while meeting community needs and mitigating environmental concerns.

This approach has worked in even more difficult situations. For example, WaterGEMS modeling has been applied to relatively crude water networks featuring miles of surface-laid piping, and effectively located leaks and dramatically reduced non-revenue water.

It all adds up to an effective, and cost-effective, design method; apply the best available software solutions early on, and use the resulting knowledge to save money and effort at every subsequent step. Widely applied, it’s an approach that will make a big difference in the costs of infrastructure rehabilitation around the globe.